Lighting up an Unlit Corner 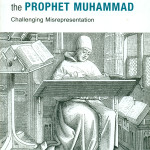 Henry Stubbe & the Prophet Muhammad
Challenging Misrepresentation
By Nabil Matar
Published by
The Association of Muslim Social Scientists (UK) & Centre of Islamic Studies, University of Cambridge
AMSS, P. O. Box: 126, Richmond, Surrey, TW9 2UD, UK
email: [email protected]
(The publication is for free distribution.)
This booklet is actually a transcript of a lecture by Prof. Nabil Matar which he delivered at the University of Cambridge while accepting the Association of Muslim Social Scientists (AMSS) UK Building Bridges Award in March 2012.
Dr. Henry Stubbe (1632-1676) was a physician at Stafford-upon-Avon, the town where William Shakespeare had died sixteen years before Stubbe was born. Stubbe is known for his biography of Prophet Muhammad titled Originall & Progress of Mahometanism. Before him, the Prophet was uniformly negatively represented in the Euro-Christian literature right from Bibilander’s 1543 edition of the Quran to Humphry Prideaux’s book on Islam. Henry Stubbe’s book made a huge departure in that, he depended on original Arabic sources namely Al-Makin, Ibn al Batriq (i.e., Eutychius) and Abu al-Faraj, the last being a Christian who wrote in Arabic. Euro-Christian biographers prior to 17thcentury had mainly depended upon Greek-Roman sources for their knowledge of Islam, Quran and the Prophet.
Stubbe describes the Prophet as a ‘a great honourer of Isa’ and admonished his followers against harassing them in any manner. While most Muslim commentators tended to seek support for the divine origin of the Quran with reference to the Prophet being unlettered, the European authors would use the same argument for falsification of the Quran. But Stubbe upheld the divinity of the holy book owing to its ‘inimitable’ style. Stubbe emphasized that importance of the Prophet lay in his transmission of the Quran, not in his personal life. Barely any European writer could recognize this fact.
Stubbe also finds in the concept of ‘dhimmi’ status of the Christian under Islamic empires a better option obtaining in an era when Spaniards and Portuguese conquerors and invaders in the Americas were killing, destroying and uprooting the Indians. Stubbe recognized that such acceptance on the part of Muslims of the religious other was not just a matter of Quranic theology, but also of commonality of belief. (Reviewed by Maqbool Ahmed Siraj)