Reflecting Pain and Joy of an Inspiring Spiritual Seeker

Eaton’s talks cover a wide range of issues related to Islam, providing an excellent overview of an universalistic understanding of Islam, one that creatively relates to the present-day context. 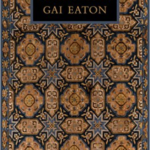 Gai Eaton (1921-2010) was a noted British Muslim scholar.He worked as a lecturer, teacher and newspaper editor in Egypt and Jamaica before joining the British Diplomatic Service. In 1951, with the encouragement of the well-known Sufi academic, Martin Lings, Eaton became a Muslim, and some years later, joined a Sufi order. He was a consultant to the Islamic Cultural Centre at Regent’s Park Mosque in London for 22 years. He wrote extensively, among his books being King of the Castle: Choice and Responsibility in the Modern World, and Islam and the Destiny of Man.

An Inspiring Reminder
Between 1978 and 1996, Eaton gave a series of talks on BBC radio about Islam. This book is a collection of transcripts of several dozens of these talks, published here for the first time. They provide an introduction to the central tenets and practices of Islam, and are not only a guide to people of other persuasions, but also an inspiring reminder to Muslims themselves of the essence of the faith they claim to follow. While expressing himself as a Muslim, Eaton’s wisdom speaks to all those interested in a spiritual approach to life. Spiritually-inclined people of other faiths may not share all of Eaton’s views on doctrinal issues, but they are likely to find much of what he says remarkably universal, resonating with the teachings of their own traditions—such was Eaton’s understanding of Islam.

A Refreshing Contrast
As Leo Eaton, his son, remarks in his Preface, ‘While it was in Islam that Gai Eaton found his foundation and his home, he wrote books for people of all faiths and none, never doubting that all the great revealed religions offered visions of the one true God.’ Eaton’s talks cover a wide range of issues related to Islam, providing an excellent overview of an universalistic understanding of Islam, one that creatively relates to the present-day context. It is a refreshing contrast to the hidebound, literalist, exclusivist, supremacist and sectarian interpretations of Islam  that seem to hog the headlines today.
In his reflections, Eaton focuses on both the personal as well as social aspects of Islam. We learn, for instance, that Sufism stresses the need to realize the truths of religion and the fact of God being both immanent and transcendent (which is also what several other spiritualities also teach). Eaton discusses the importance of beauty in Islam, and reminds us that Islam calls for unceasing remembrance of God, adding that ‘everything created, praises its Creator and reminds us of Him.’ We learn that the Quran ‘assures us also that the whole universe is like a vast picture-book filled with the signs of God, if only we have eyes to see and the sense to understand’, and that ‘from the Muslim point of view, even the little things which surround us or of which we make use in our daily lives can serve to remind us of God and therefore deserve to be treated with respect.’

Life after Death
Eaton stresses that life is to be lived not according to our self-will, but, rather, according to God’s guidance. This is something that not just Muslims, but all other people who believe in God would readily agree with. Another theme common to all religions that Eaton touches on is life after death (for which this life is a preparation). He reminds us: ‘Religion assures us—all the authentic religions say this, whether openly or by implication—that what lies beyond our brief life or, to put it another way, what lies outside the little world we know, is more real than anything that we experience here.’ Preparing for the life hereafter requires us to seriously consider the purpose of our being placed on this planet, which, Eaton suggests, is related to the Islamic notion of man as the khalifah or representative appointed on earth by God. This role comes with responsibility for God’s creation, which, Eaton reminds us, is something that we often ignore. ‘Only too often this power goes to our heads’, Eaton tells us. We become proud, forgetting that it is God we should represent, setting ourselves up ‘as little gods’, thinking of ourselves as ‘responsible to no one and free to do as we please.’ Eaton explains that our ‘greatness’ does not rest upon the ‘conquest’ of nature, but, rather, upon the role that God has appointed us to perform, and by reflecting, in our character and conduct, the qualities of the Lord we claim to represent: God’s wisdom, His mercy and His generosity.

Loss of Harmony
Treating the earth as if we were the owners of it, doing with it just whatsoever we like, is, Eaton suggests, completely unwarranted from the spiritual point of view. Not just Muslims, but others who believe in God, too, would heartily agree here. ‘When we treat the natural world only as an object to be exploited and conquered, we are damaging ourselves’, Eaton says. ‘To show respect for everything that God has created is a part of faith, for everything bears the imprint of His hand.’ ‘The loss of harmony between man and his environment’, Eaton reminds us, ‘is but an aspect of the loss of harmony between man and his Creator. Those who turn their backs on their Creator and forget Him can no longer feel at home in creation.’
Eaton draws out some beautiful lessons for a spiritually-rooted understanding of compassion for non-human living beings. He indicates that animals can give us valuable spiritual lessons, they being (in contrast to humans) ‘an example of perfect obedience’ to God. Eaton remarks that ‘the animal creation obeys and praises the Creator without any of the deviations we find among mankind’, and reminds us that ‘the instincts by which animals are guided are divinely inspired.’ He cites reports attributed to the Prophet that call for love and care for animals and birds. The Prophet, Eaton writes, mentioned that a prostitute was forgiven all her sins because, coming one day upon a dog dying of thirst, she gave it water from a well. The Prophet is reported to have said that a certain woman was condemned to hell because she caged a cat and left it to die of hunger and thirst. When the Prophet saw a donkey that had been branded on its face, Eaton writes, he said: ‘God curse the one who branded it!’

Peace and War
Eaton’s reflections on several other issues that are much talked-about today are equally instructive. One such issue are Islamic teachings about peace and war. Here, he highlights the fact that the word jihad ‘simply means effort, striving wholeheartedly, and notes that the greater jihad concerns the individual’s ‘struggle against the evil within himself, so that he may comply perfectly with the divine Will, purifying both his soul and his actions.’ His views on armed combat are in stark contrast to radical Islamists (In his Preface, his son writes that working over many years from the Islamic Cultural Centre in London, Eaton did what he could to ‘counter the growing radicalization of many younger members of the congregation, which he believed was counter to the basic tenets of the faith he loved so much, reminding them of the Prophet Muhammad’s remark that “anger burns up good deeds just as fire burns up dry wood.”’)

Truth and Wisdom
On inter-community relations, too, Eaton provides us with a refreshingly positive understanding, in contradistinction to supremacist interpretations of religion that inevitably lead to conflict with people of other faiths. In his reflections on ‘The “Labels” of Religion’, Eaton tells us that truth and wisdom are nobody’s exclusive property and that people of different religions can find and benefit from wisdom from each other’s faiths. ‘Our world is short on wisdom’, he writes. ‘Seek it and find it where you can!’ Readers of this beautiful book will testify to the fact that there’s ample wisdom to be found here that’s definitely worth seeking!
This is one of the finest introductory texts about Islam available, one that reflects the sincerity, pain and joy of an inspiring spiritual seeker.

January 27, 2020
Reviewed by Qalamdar Name of the Book: Talaash: A Search for the True Meaning of Life Author: AiR (Atman in Ravi) Publis... More
Prev Post Saudi Regime Failing on all Fronts
Next Post Exploring the Deccan Sultanates

Change of Hearts in Chennai!