The book under reviews appears to be a maiden attempt to survey the educational status of Muslims in Bihar and Jharkhand, the latter being part of Bihar till a decade ago. Author Mukhtar Ahmad Makki heads the education faculty of Karim City College in Jamshedpur and has collected a fund of material from diverse sources to portray the current status of Muslims in the two states.
Muslims in Gangetic basin states of Uttar Pradesh, Bihar and West Bengal represent over half of Muslim population in India but constitute one of the most educationally, socially, and economically backward sections of the community, hence fail to play the stellar role their numbers would deserve. While loss of political power in 1857 seems to have caused the most severe setback to the community, it seems the community—at least in UP and Bihar—cleared a lot of backlog by the time freedom struggle had reached its peak in mid-1930s. As Makki’s search into history suggests, Bihar and Bengal together had nearly one lakh schools, or two schools for every three villages, attached to mosques, khanqahs (hospices of saints) and dargahs (mausoleums) in the era prior to the mutiny (ref. William Adam’s report, 1835-38). But later these schools suffered neglect during the early British era. But there were efforts by enlightened Muslims like Shah Kabiruddin of Sahsaram Khanqah who had identified the change in the direction of winds and is reported to have petitioned the Governor General of India to appoint persons to teach English language in Madarsa of Sahsaram. Muslim elites of Patna like Wilayat Ali Khan made huge donations to Patna college.
The 1857 Mutiny led to hostile attitude towards Muslims while the majority Hindu community grabbed the opportunity to learn English and the attendant new disciplines. But Sir Syed’s Aligarh Movement and Sir William Hunter’s book Indian Musalmans in 1871 caused the British to made amends to their attitude towards Muslims. The community began to show revival of interest in education by mid-1870s. A number of educational societies and newspapers triggered a wave and schools came to be opened all across Bihar. The appointments made in the Bihar civil services cadre during 1895 and 1898 hold mirror to empowerment of the community. During the four years, a total of 72 appointments were made in the State. Of these only 20 were from Bihar and out of these Biharis, 13 were Muslims and remaining seven were Hindus. In 1901, out of the 17 barristers practising in Patna, 12 were Muslims. In 1921, out of 155 permanent sub-assistant surgeons employed in Bihar and Orissa, nine were Bihari Hindus while 24 were Muslims and remaining were from Bengal and Orissa.
But communal Partition of India undid the progress achieved during the first four decades of the last century. Nearly 3.5 lakh Muslim families, mainly educated and professionally skilled, migrated to east Pakistan causing a loss of leadership material to near emaciation. The community regressed and retreated into the shell of religious orthodoxy. The religious leadership failed to visualise the umbilical cord that tied the new education with material progress. A set of demagogues who championed the identity issues came to the fore leading the community into the quagmire of self-isolation.
Post independence, madrassas mushroomed and modern education took a backseat. Today the community (14% of the state’s population) runs merely 71 high schools while there are 1,315 recognised madrassas affiliated to Madarsa Education Board in Patna. The state provides financial assistance to 1,253 madrassas with a sanctioned strength of 7,325 teachers for salary fund. One wonders if the Government is being partner to Muslim regression!
Makki has etched to relief the psychological roadblocks that caused the regression among Bihar’s Muslims. Much of the later chapters reproduce much of that is already known about Prime Minister’s 15 point programme, Sachar Committee’s recommendations and situation of Urdu etc. The author would have done well by focussing merely on the two states rather than looking at pan-Indian Muslim situation. Perhaps a review of the existing educational institutions run by the Muslims in Bihar and Jharkhand would have been more useful.
Editing leaves a bad taste in mouth. Several sentences remain incomplete. Yet the exercise needs appreciation.

January 27, 2020
Reviewed by Qalamdar Name of the Book: Talaash: A Search for the True Meaning of Life Author: AiR (Atman in Ravi) Publis... More
Prev Post Happiness in Islam
Next Post Do You Know? 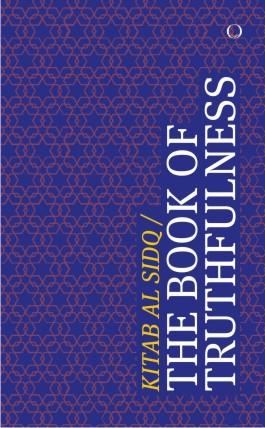 Little Book with Loads of Wisdom