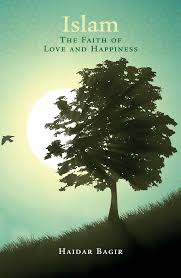 Haidar Bagir expresses the hope that his book can give an idea to the reader that Islam is, as he puts it, “genuinely a love-oriented religion”, 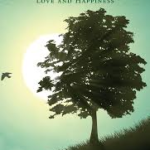 Reviewed by Yusuf Khan
Religion is a means to enable human beings to fulfil their purpose in life. But when people take it as an end in itself, they can easily go astray. And that’s precisely what’s happening in large parts of the world today. In such a situation, voices calling people back to the spirit of religion—or genuine spirituality—need to be heard. One such voice is Haider Bagir, a well-known scholar based in Indonesia and widely sought-after speaker, especially in the fields of philosophy and contemporary Muslim religious thought.

What is Life?
This book is rooted in the Islamic spiritual tradition of Sufism, reflecting the author’s own spiritual search. “Seeking answers for my spiritual restlessness,” he writes, “I found that the main concern of Sufism is indeed to address the question of spiritual thirst: the meaning of life. What is life? Where is it from? Where is it heading?” These are among the most basic existential questions anyone can ask. Bagir does a great service in sharing with readers his reflections on these issues based on his understanding of Sufism, which he describes as “a spiritual understanding of religion based on relationships of reciprocal love between man and God, between man and his fellow men, as well as between man and the entire universe.”
Today, growing numbers of people, from different faith communities, seek to understand their religion contextually, distinguishing the spiritual essence from the dogmatism and empty ritualism that have grown around them. Many Muslims, too, feel the same way. In this regard, they harken to the centuries-old Islamic Sufi tradition, based on love for God and all beings, which they see as having continued relevance. Bagir writes, “The more I learned and existentially internalized the teachings, the more convinced I became that Sufism is the remedy for the human problems of our times. Aside from addressing spiritual problems, it also deals with the lengthy conflicts that plague mankind”, including the problem of “intolerance in all fields, the tendency towards an increasingly dominant selfishness, and the frail bond of human brotherhood.”

Paradigm Shift
Highlighting the contemporary relevance of Sufism, Bagir calls for what he terms as a ‘paradigm shift’ in the way many Muslims understand Islam. This ‘paradigm shift’ entails moving from a ‘law-oriented’ to a ‘love-oriented’ understanding of the religion. In this regard, he puts forth the assertion that ‘Islam is in fact no less than Christianity in its orientation towards love’, and suggests that this is evident from the works of Sufis throughout the history of Islamic thought. “Only through this paradigm shift will Islam be able to show its real face as ‘a mercy to the worlds’, as opposed to the current reality in which Islam is mainly being portrayed as an exclusively political religion, sometimes even a violent one”, Bagir writes. He expresses the hope that his book can give an idea to the reader that Islam is, as he puts it, “genuinely a love-oriented religion”, adding that “the law-oriented” part of Islam, “although no less important”, should “be placed in the context of the love orientation which is rooted in the heart of this religion.”

Contentment with God
This book focuses principally on two issues—love and happiness. Bagir speaks about the relationship between the two, in the context of Islamic teachings. He reflects on love for and contentment with God and love for one’s fellow human beings as the source of happiness; on love and beauty; on coming closer to God; becoming accustomed to remembrance of God; on manifesting God’s Attributes; on being grateful and patient in facing trials; in spreading noble deeds; on happiness as freedom from hate; on overcoming addiction to wealth, on a life of charity, and so on. All of these, he indicates, are part of the process of becoming a more loving and happy person.

Our Understanding of Religion
The great religions of the world, if correctly understood, are a means to help us connect in love with the One Who contains everything, making us thereby more loving and joyful people. A good indicator of whether or not our understanding of religion is proper is if it is making us more compassionate, loving and kind towards all beings through our love for God. Inspired by Bagir’s quest, this could be a question that we need to ask ourselves. Religion ought to make us more loving and cheerful people, spreading love and joy around us, to others (including non-human species), too. If one’s understanding of the religion one claims to follow is making one a more loving, compassionate and happy person, then perhaps it is a good indication that one’s understanding is a proper one.
The book’s easily accessible style and its valuable spiritual guidance make it a valuable gift for people looking for a meaningful understanding of religion, seeking love and happiness in a world where it is greatly needed.