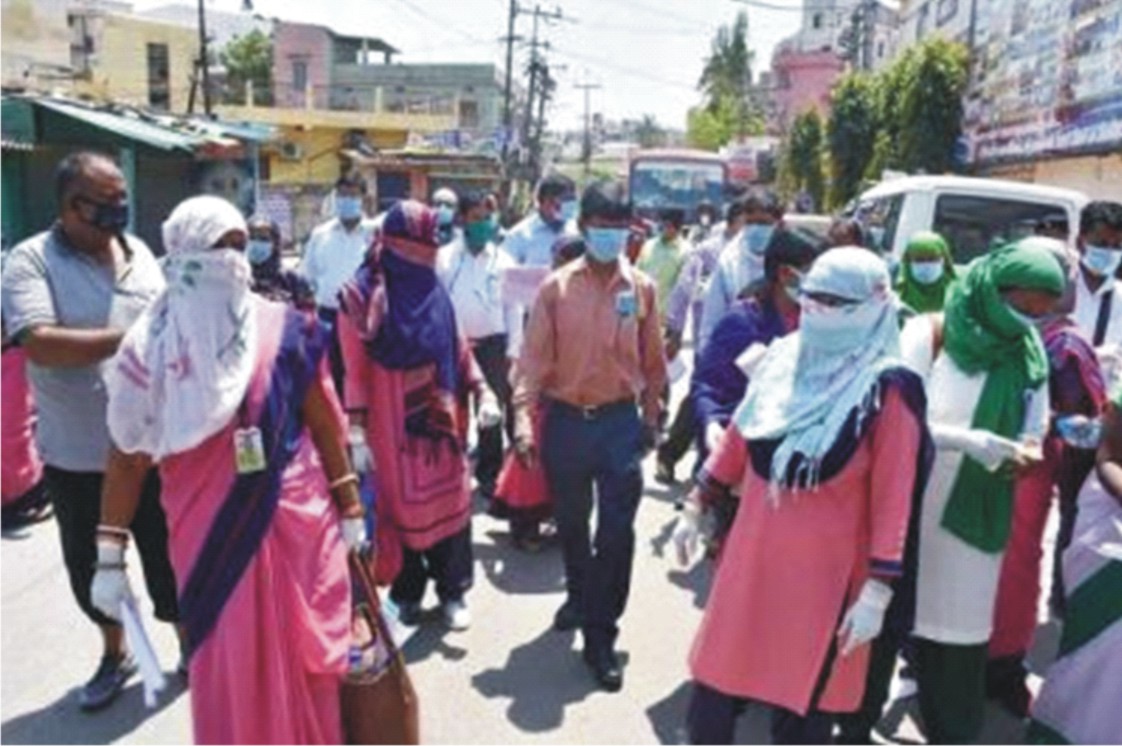 Analyzing the Financial Budget-2022 from Social and Welfare Lenses

Dr. Mohd Manzoor Alam 0 March, 2022 12:13 pm
The Booming Trend of Crypto in Indonesia
Saudi Arabia aims to be among 15 top Global Economies with a $7tr Plan
What is Bitcoin? How does it Work

The pandemic metamorphosed into tragedy for people across countries, and it was more brutal for the unprivileged who suffered on many fronts. The second wave turned people’s lives upside down; many lost their lives, loved ones, social and economic security, mental health, etc. In a democracy, if a country undergoes a tragedy, the government is expected to function accordingly, especially keeping in focus the needs of marginalized sections, who bear the brunt of such humanitarian crises. The budget is one such policy that gives people hope for a better life. All the sections of society eagerly look for schemes and plan for their representation in society with equity.

The FY2022-23 Union budget should reflect the measures aimed at improving people’s lives, which has been thumped by the rising poverty and unemployment since the pandemic hit the nation. Looking at the financial budget this year, the government seemed to have missed the welfare strategy mark. While hikes in some programs and schemes like the ‘Housing for All’ and plans to set up a National Tele¬Mental Health programme to deal with the ever-increasing mental health issue is appreciated, many other essential categories like health, education, social welfare programs did not make the cut this year.

The nation and its citizen have not still recovered from the havoc created by the second wave; the statistics of the death rate due to the unavailability and inaccessibility of resources is known to all, which is why it was expected of the government to boost the monetary allocation of the healthcare sector. However, this year, it has been allotted 2.2% of the total expenditure, a marginal 1 % increase than FY2021. Also, last year, under “India COVID¬19 Emergency Response and Health System Preparedness,” ₹ 12,359 crores were allocated, which unfortunately saw no budgetary allocation this year. Reports show that healthcare is becoming costlier as prices of health-related items such as X-rays, ECG, pathological tests, etc., increased from 2.8% in June 2020 to 5.7% in December 2021. Similarly, the agriculture sector declined from 3.92% in 2021¬ to 3.84% this year. Another blow came from the decline in the government’s subsidies on food, fertilizers, and petroleum by 39%.

A shocking 25% cut in the Mahatma Gandhi National Rural Employment Guarantee Scheme (MGNREGS) would affect thousands of families whose employment is dependent on this scheme. During the second wave of the pandemic, over 10 million people lost their jobs; many experienced a salary cut, and millions of households were distraught with the loss of the earning members of their families. The economic slowdown aggravated by COVID-19 has resulted in the perpetual loss of employment; therefore, the revival of job opportunities in the coming years should have been given the utmost attention. The only reliance on private investment by increasing capital expenditure to boost job openings up to 6 million in the next five years might not work as anticipated by the finance minister.

While the education sector was painted in the hue of ‘Digital India’ and the hollow promises of e-learning, the digital divide in terms of accessibility of the internet and digital devices was grossly undermined. We cannot deny the importance of the mid-day meal schemes in government institutions that fed millions of poor kids, the lack of which would result in hunger and malnutrition across the country due to the shutdown of schools. The scholarships for Higher Education for Young Achievers Scheme (SHREYAS) for the Scheduled Castes (from ₹450 to ₹364 crores) and OBCs (₹130 crores to ₹80 crores) saw a cut this fiscal year, which would further accentuate the institutional prejudice faced by the students of reserved categories.

Also, the budget has been criticized for ignoring the middle-class by economists and other political parties. Besides, there has been no mention of benefits for middle-class salaried people, such as aid for the elderly population. The unemployment rate is at an all-time high, more so after lakhs of people from the unorganized and informal sector lost their jobs due to COVID-19 related lockdowns.

The spending on the social sector has been either stagnant or saw a marginal increase, which is a cause for concern, given the reliability of the underprivileged on the government’s welfare schemes and plans. Moreover, a decline in the allocation of funds in many sectors says a lot about the inclination of the budget, which is evidently not on the poor or underprivileged sections of society. Sadly, the budget reinforces the substantially divided society- the rich and the poor. Hence, we can say the financial budget for 2022 is aligning towards pro-rich and anti-poor proclivities.