A dash of regionalism and freebies have characterized Chief Minister Siddramaiah’s five-year tenure. 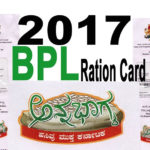 Any BJP-watcher would easily agree that the party despite having a well-oiled organization in Karnataka is beset with more issues than the ruling Congress while facing the electorate. The party finds itself at sea responding to challenges hurled by Chief Minister Siddramaiah relentlessly. One would also agree that Mr. Siddramaiah’s first half of the tenure was completely lacklustre. He woke up around the midpoint of his tenure. A sudden surge of energy was seen thereafter. The circumstances have been fortuitous since then. Most of the blows from him have landed where they were intended, below the belt.

On Back foot
Siddramaiah has pushed the BJP to back foot with his style during the last two years. He is, of course, helped by a dissidence-free party and a stainless record of himself in power. Most of the narratives were crafted with an uncanny knack of cultivating regional constituency knowing full well that a national party could afford to look regional while out of power at the Centre. For instance, he was brazen about two-language policy i.e., English and Kannada, for the signages for the Namma Metro, the urban rail network emerging citywide. Accommodating Hindi would not have mattered much. But the stance of ousting Hindi from the Namma Metro, citing that the network owed itself to investment by the State Government, he won the pro-Kannada organizations to his side and the BJP could barely conceal its discomfiture.

Minority Tag
Though the demand by the powerful Lingayath community to recognize it as followers of a minority religion had always been around, he was able to impart it considerable push through his acolytes in the party to assume the contours of a movement. The Veerashaiva Mahasabha has taken up the banner to take the fight to its logical conclusion. The State Minority Commission has set up a committee to go into the aspects of it and see if the community harboured features of a religious minority. Regardless of the outcome, the community’s solid backing for the BJP is now under grave doubt as several ministers and mutt heads are tempted to appear inclined to the idea of a separate religious tag. A distraught Yeddyurappa was forced to concede that the demand had been a longstanding one and he too had forwarded petition to the Union Government to this effect while in the chief minister’s office (2008-11). If nothing else, seeds of confusion have been sown within the ranks of the community and its solidarity for the BJP cannot be taken for granted.

State Flag
The issue of a separate flag for the State too was raked up in a manner that the BJP state leadership found itself totally flummoxed. Several organizations had been flaunting a flag made out of two horizontal stripes of red and yellow since long. It has had a demi-official status as it could be seen painted on all Government schools, although the offices do not fly anything other than the national tricolor. Some organizations in the State had been pressing for a separate flag for the State citing precedent of the State flags in the United States of America. The Kannada flag was conceived by a Kannada journalist Ma Ramamurthy in 1960s to bring about solidarity around Kannada language and culture.

Against Hyper Nationalism
The craftily devised strategy by the Chief Minister is a manner of telling the BJP that its hyper-nationalism could be countered with appeal to regional sentiments which are ever active subcutaneously. The BJP dare not take a definitive stand against the flag for fear of alienating the local populace.
Now it is to be seen as to how these issues play out in the electoral arena where BJP is trying to polarize voters on the communal lines, a strategy less likely to pay dividends beyond some pockets of the three coastal districts. One must be reminded that even in the earlier avatar, the BJP had been careful enough not to provoke communal sentiments beyond a point as it knows too well that major chunks of votes are earned through leaders who are active in the field of cooperatives, or through affiliations to the mutts.

Combat the Hunger
But beyond all these, what has earned the Chief Minister a wider goodwill is his ‘combat the hunger campaign’. A veteran at presenting popular Budget—so far fourteen—he is seen as the most popular chief minister after Mr. Devaraj Urs. If Urs is remembered for taking the reservation limit to 69% and ushering in the agrarian reforms, Siddramaiah has rolled off one scheme after another making food and nutrition to every section of the underprivileged section in the State. First among these was Anna Bhagya Scheme under which every individual Below Poverty Level (BPL) is entitled to seven kgs. of free rice every month. Eighty two per cent of the State population thus receives 30 to 40 kgs. of free rice every month.
Then came the Ksheer Bhagya scheme under which all children in the State Government School are offered 200 grams of hot milk on arrival at the school. While Midday Meal scheme was to retain the child at least till afternoon, the milk scheme has encouraged more attentive kids in the classrooms (remember that children who come hungry lose focus till the midday meals are served). Third to come out from him was Mathrupoorna Scheme for pregnant and lactating mothers. In his fourth Budget (2017) he came up with Indira Canteen modeled after highly popular Amma Canteens in Tamil Nadu.

Inclusiveness
On another level, Chief Minister’s is seen to have strived all through his tenure to bring about inclusiveness in the development by initiating measures such as reservation for SCs and STs in civil contracts, free books, stipend, shoes, uniforms, bicycles and laptops (and latest free education for girls till PG level), for students in the State. Though this showering of freebies may amount to welfarism and is neither healthy nor does it not fit into any cogent development agenda, what could be concluded is that no Government prior to him moved such resources to take the education and nutrition to the lowest of the low in the State prior to him.
Given this background, it is open to guess as to who would be the choice of the voters in the State.
(The author’s book Siddramaiah: The Man, the Mission was published by The New Indian Express, Bengaluru and released by the Chief Minister himself on January 1, 2018 at the Karnataka Vision 2025 conclave)

August 4, 2014
By Chandra Muzaffar Massacre has become a habit. Every two or three years, Israel launches a massive military assault up... More
Prev Post Corruption Perception Index 2017 - Muslim Countries among the Most Corrupt
Next Post Raising Funds via Social Media