Guwahati: The American Federation of Muslims of Indian Origin (AFMI—America and Canada) will organise its 22nd International convention on Education and Gala Award in Guwahati for the first time in a bid to cater much needed support for the poor students.
AFMI, a philanthropic, service based and issue-oriented organization formed by Muslim Americans of Indian origin, has been organising the event since 1989 for Muslim toppers of class X and XII standard board examinations in various cities of India.
“It’s a great opportunity for us to come to Guwahati for the event. I think the entire north-eastern states will get benefited from it. It’s our noble effort to see the challenges of the poor students,” said USA based A R Nakadar who is a trustee of AFMI. The programme is scheduled to be held on December 28 and 29, 2013. He also said that AFMI also provides scholarships to needy and deserving students. “In addition, the convention will also feature sessions on various aspects of education and these will be addressed by experts in the field. A special session will be dedicated on the challenges and prospects facing Muslim education in the northeast besides having another session on girl child,” Nakadar added. Ayub Khan, AFMI national president who is from Canada said that AFMI strives to achieve 100 per cent literacy rate and for that they have already built schools and adopted several other schools in various underprivileged areas of the country.
(Reported by Abdul Gani, TwoCircles.net), 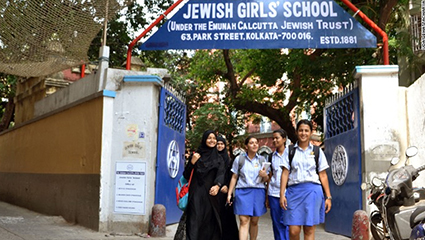