The conference, organised by the Lucknow based Jadeed Markaz, passed a dozen resolutions urging the   government to set up a mechanism to check irresponsible journalism and sensational reporting.
By Abdul Bari Masoud
New Delhi: On the eve of the forthcoming general elections, the Congress has begun wooing the largest minority community through the Urdu media.  The case in point is the mega   ‘All India Urdu Editors’ Conference’  organised  under the  guise  of a little known weekly  published from Lucknow  whose editor and publisher is known  for  wheeling-dealing  in  the Capital’s political circles.  Even Congress general secretary Digvijay Singh tried to make it clear that the Conference has nothing to do with the elections, but the speeches made and dominant presence of Congress leaders amply illustrated the intent of the event.
Using the occasion, Congress leaders attacked Gujarat chief minister Narendra Modi stating that communalism is the biggest threat to the country, and asking the Urdu press to join the fight against communalism.
Minister of State for Information and Broadcasting, Manish Tewari, speaking on the problems faced by the Urdu newspapers, e said that a committee has been set up to review the existing DAVP (Directorate of Advertisements and Visual Publicity) norms for releasing government advertisement to different newspapers and periodicals. He urged the editors present to place their views before the committee.
When some editors demanded for capacity building for staffers of Urdu newspapers, he said that he had asked the Indian Institute of Mass Communication, Director, Sunit Tandon to prepare a scheme for language specific capacity building. The IIMC held two meetings in this regard wherein some editors suggested starting a diploma course in Urdu.
Many speakers lamented that Urdu newspapers are being discriminated in disbursement of government advertisement and corporate houses ignored them. Bombay-based Hindustan daily editor, Sarfaraz Arzoo pointed out that the norms of DAVP are lopsided as Urdu is not a majority or dominant language in any state of the country. “How can an Urdu paper compete with a regional language daily on circulation front, when Urdu-speaking population is not more than 10 percent in any given state”, he asked.
Former editor of Azad Hind daily and MP, Ahmad Saeed Malehabadi deplored that even public sector banks also completely ignored the Urdu newspapers while their 12 per cent account- holders are Muslims.
Congress MPs Raj Babbar and Zafar Ali Naqvi also spoke on the occasion.  Raj Babbar has taken some Hindi channels to task, stating they are ruining and distorting Urdu language by wrong pronunciation and usage.
Former union minister and Lok Janshakti Party president Ram Vilas Paswan suggested that at least 25 percent of the government advertisements should be earmarked for Urdu and small newspapers. He said that most of the Urdu newspapers cater to specific regions of the country and therefore “there is an urgent need for a national Urdu daily.”
The conference, organized by the Lucknow based Jadeed Markaz, passed a dozen resolutions urging the   government to set up a mechanism to check irresponsible journalism and sensational reporting.  While reading out the resolutions, Hissam Siddiqui of Markaz cited examples how a section of the electronic media creates frenzy on frivolous or emotive issues.
The Conference also touched upon the problems faced by journalists in the Kashmir valley. Rising Kashmir editor, Shujat Bukhari highlighted the predicament of Kashmiri journalists and appealed to the Conference to express solidarity with their Kashmiri fraternity.   One resolution also urged the government to facilitate universities, madrasas and other leading institutions to start courses in Urdu journalism, page-making and designing.
It is to be mentioned here that the first Urdu Editors Conference was organised in 1973 at Lucknow’s Baradari, Qaisar Bagh at the behest of the then chief minister, H.N. Bahuguna and Prime Minister Indira Gandhi was the chief guest.
Now it has become a common practice to hold such conferences on the eve of elections. One such conference was organised by  known ‘wheeler-dealer’ Qari Mohammad Mian Mazhari and S. M Asif during the Narasimha Rao led Congress government to garner the support of Urdu media for his government.

April 1, 2020
Ayishakutty, 91, the first woman panchayat president from the Muslim community in Kerala,passed away recently. A native ... More
Prev Post New Law for Places of Worship
Next Post Jamia publishes Tagore in Urdu 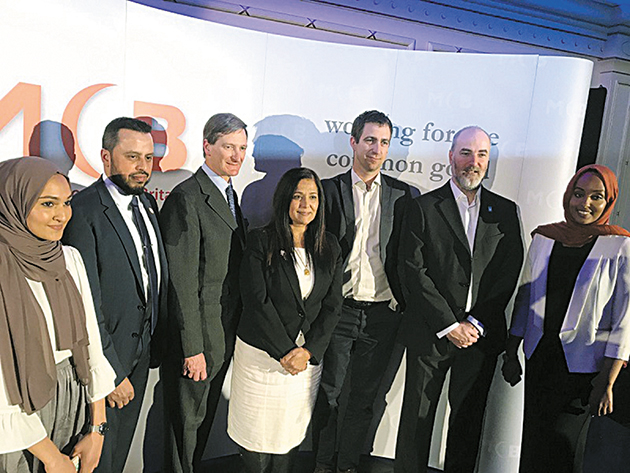 Courses in Urdu and Arabic