Over 7,500 children are studying in 22 schools and colleges run by the body Bhatkal: The Anjuman Hami e Muslimeen in this small seaside town has completed a centenary of its services for the cause of modern education this year. The Anjuman began a year of celebrations on January 5 to recall the glorious services […]

Over 7,500 children are studying in 22 schools and colleges run by the body
Bhatkal: The Anjuman Hami e Muslimeen in this small seaside town has completed a centenary of its services for the cause of modern education this year. The Anjuman began a year of celebrations on January 5 to recall the glorious services of the patrons and philanthropists of the Navayati community which has run the institutions over the hundred years. The grand inaugural ceremony commenced with inauguration of the centenary celebrations on January 5 by Ghulam Mohammed Vastanvi, the renowned scholar from Akkalkuwa in Maharashtra who runs several modern educational institutions. Karnataka Industries Minister Mr. R. V. Deshpande who hails from the district (namely Uttara Kannada) presided over the function. Local BJP MLA who is an alumnus of the college too was there and spoke in laudatory terms about the institutions.
What is most surprising about the Anjuman is that it has been rendering service in the small town quietly for the last hundred years regardless of considerations of faith, caste and community. The first institution to come up was Anjuman Primary School which opened its portals in 1919. The Islamia Anglo Urdu High School followed up nearly two decades later. Today, the Anjuman campus is located on a hill overlooking the small town and is a hub of activity. Altogether, the Anjuman runs 22 institutions, of which 15 are schools, mainly located in the town. The seven higher educational institutions include two degree colleges (one each for men and women), an engineering college, two post-graduate study centres (one each for men and women), a college for Management courses, and the Anjuman College for Education. The Anjuman Engineering College offers even Ph.D. programmes.
The institutions employ 550 teaching as well as non-teaching employees. Of these, 90 per cent are from the non-aided category with their salaries coming from the Anjuman funds. The Anjuman’s annual budget runs up to Rs. 15 crore, eighty per cent of which are meant for salaries of the staff members. Remaining 20% cent goes for construction, maintenance, library, electricity, water and other amenities and upkeep of services. Most buildings have been constructed by individual donors. Dubai-based chartered accountant Khaleel Sahib donated the Women’s Degree College building.
The Anjuman’s General Body has over 2,000 members. As a rule, the Anjuman allows a maximum of only two terms for office bearers. The Executive Committee has 85 members. The President, General Secretary, Finance Secretary and other office bearers are elected every four years. Currently, Janab Abdur Raheem Jukaku (son of late Janab Shamsuddin Jukaku, who was minister for power under the tenure of Mr. Nijalingappa’s chief ministership in the 1950s) is the President of the Anjuman. Janab Ismail Siddiq is General Secretary, while Janab Ameeruddin is Finance Secretary.
Around 7,500 students are currently studying in the 22 schools and colleges. Of them nearly, 30 per cent are non-Muslims. (By A Staff Writer) 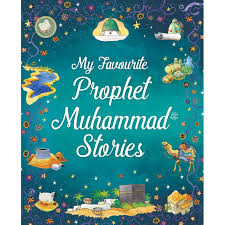