By Abdul Bari Masoud
Malerkotla (Punjab): Releasing a book on the Life of Prophet Muhammad (Pbuh) in Punjabi language at a function here, the head Granthi (priest) of the highest Sikh temporal seat, Akal Takhat Giani Gurbachan Singh said no religion teaches animosity to its followers. Praising the teachings of Islam and its contribution, he underlined the cordial relations between Sikhs and Muslims, adding that both the religions preach oneness of God. He lauded the book on Prophet Muhammad in Punjabi language, as it would help people to know the true message of Islam and its teachings. The book tilted as “Hazrat Muhammad (SAW) – Itihas Nirmata” was penned by Noor Mohammad Noor, who is a well- known Punjabi writer. Speaking on the occasion, Mufti-e Azam, Punjab and All India Muslim Personal Law Board member, Mufti Fuzailur Rahman Hilal Usmani stressed on the need to publish religious literature in various languages in order to dispel misgivings about any religion. Throwing light on Islam and its tenets, he pointed out that Islamic literature is not available in Punjabi language and Noor Mohammad’s effort in this regard is laudable. 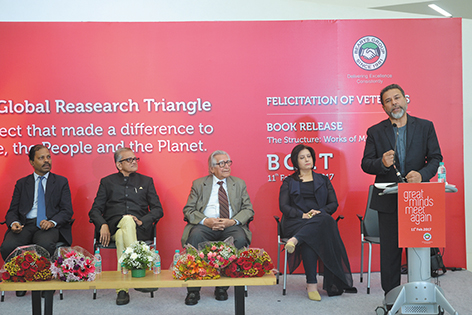