Safa Baitul Maal, an organisation managed by a team of Ulema is reaching out
to the poorest of the poor through providing health facilities and a score of other
activities. Their novel way of generating funds for this is interesting and admirable.

Dressed in spotless white kurta and pyjama, a team of Ulema are reaching out to the society with their humanitarian work through the Safa Baitul Maal, an organisation located in Sarai Palya in Bangalore. The Safa Baitul Maal Educational Welfare and Charitable Trust
has its roots in Hyderabad, operating since 2006 in Andhra Pradesh. The Karnataka Chapter started functioning in 2010 in Bangalore, in a rented office in Sarai Palya, and recently moved to a bigger office close by. The branch office in Bangalore operates independently and does not get funding, but mere guidance and advice from the head office in Hyderabad. The term ‘welfare’ is always associated with money. It is here that founders of the organisation decided to spin money from the junk to streamline their work. Safa Baitul Maal focuses on health issues in 24 slums of Bangalore city with one dedicated mobile van. The poor do not have access to good health facilities and cannot even afford consultation fees. This is the core area and the team of ulema are committed to work towards this goal to generate revenue. It is here that they use their novel way of generating funds from junk . They run a consistent campaign
to collect what we call ‘junk’ through its team members who often work as per the route sheet given to them. They venture out in the city to bring the collected junk to its destination at Sarai Palya. The junk received from the source then gets segregated at the collecting point and disposed off to identified scrap dealers. They collect junk such as iron, plastic, paper and electronic waste, which is separated and valued by the evaluator before being disposed off and the record is maintained  in a day book. Today, the net income generated through this source is around Rs 2.5 lakh per month which they feel is quite encouraging, but it is little short of what their
colleagues collect at Hyderabad which is approximately Rs 3 lakh a month. The funds  collected by way of disposing of junk are well utilized in implementing their activities. The activities though very little, are effective, like the mobile clinic which they operate in a
van with a team of two paid doctors and the supporting staff, besides purchase of medicine from the open market for distribution among patients. Abdul Hafiz Rashadi, President of the Karnataka Chapter, says that their novel way worked wonders. “We are operating in areas from where we identify and source out funds from the rich in the area and spend on the poor of the same area”.
This has encouraged both the rich and the poor as the rich feel satisfied at their charity and the poor benefits from it. In their effort to spread the work, they have obtained benefits of the government schemes under Arogyasree, Chief Minister’s fund and MLA. This approach is beneficial whenever they get poor patients without resources to treat major ailments. Hafiz says, “Aap apni
bezaroorat cheezon se zaroorat mandoon ki imdad kijiye” seeking junk, which can be converted into money to help the poor. He further says that, “ recently a woman has donated her land measuring 2400 square feet, which is valued at Rs 70 lakhs, this land will be
used in setting up a permanent office and a junk yard.” Other activities of Baitul Maal include working on the schools nurturing Islamic principles, establishing maternity centers at nominal cost, besides adding more mobile vans to its fleet. As part of their welfare initiative, they support the poor in online registrations to obtain BPL and APL cards, assisting poor parents in obtaining partial
support in payment of school and college fee. Women and the disabled are also offered support in the form of widow allowance. They offer training in candle making, tailoring and embroidery to women, to lead a life of dignity.

Very recently, the organisation was able to organise relief in Assam for the victims of the  ethnic cleansing with a sum of Rs 1 crore. A monthly magazine, Faiz-e-Safa publishes its activities for the month which is edited by Gayas Ahmed Rashadi and available
both in English and Urdu. The organization has established a web of its admirers across the city, who offer support to the organisation with their resources. One among them is Rafathulla who is an interior decorator based in J. C. Nagar. “I lend support at all levels and even in mobilizing funds and resources for organising health camps and in an emergency”. Another admirer is a woman from RT Nagar, Qamar Sultana, who says, “I have been supporting their initiative for the last 2 years. I found the entire team to be committed
as they are offering selfless service. Their level of operation which demands 24 x7 time is something which I admire the most.”
Considering the geographical boundaries of Bangalore,  the organisation has plans to expand its network and plans to set up more such offices which can benefit the poor at large in a bigger way. The next time you want to dispose off the junk which can support a cause and benefit those in need, contact Safa Baitul Maal. To offer support, you can call Abdul Hafiz Rashadi. Ph: 9341884200. 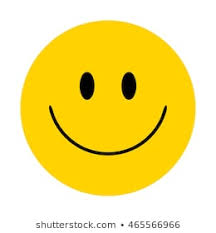