Convocation held for the 11th Batch

Srirangapatna: The convocation for the 11th batch of students of Darul Umoor- Tipu Sultan Advanced Study and Research Centre, was  held last month in the campus. Set up in 2002, under the aegis of the Sheriff Foundation, the centre is the brainchild of noted businessman and builder Ziaullah Sheriff, who heads the India Builders Corporation in Bangalore. Tucked away amidst a quiet coconut  grove in Srirangapatna, Darul Umoor provides the best of residentialfacilities to its batch of 20-25 students taken in every year who  have graduated from different madrasas across India. “Here, during the course of 11 months, they are exposed to different subjects like Management, History, English, Computers, Comparative Religion and seminars, on various topics. When I was a student of the Muslim Hostel in Mysore, I would cycle around and see the condition of the Muslim institutions. I made up my mind that if God  bestows some financial status on me, I would use it for the welfare of the community. It was the vision of Tipu Sultan that he wanted to  set up a centre for the Ulema like this. I became passionate about this and with the team effort of a few friends, set this up in Srirangapatna,” said Ziaullah Sheriff while speaking to Islamic Voice. So far, 245 students from various madrasas have come out of Darul Umoor since 2002. About 44 % cent are from Nadwa, 22 % from Deoband, Islah, 4 %, Falah 4 %, Omerabad, 5 % Sabeelur Rashad,  Bangalore 5 % and other madrasas 16 %. “ Students who have been in Darul Umoor, after completing the course here, have gone out  into the world with new fresh perspectives. About 58 % of the students have opted to teaching deeniyat, computers and English, 15 % have taken up higher education, 7 % have joined trade and business and some have got jobs abroad and in India in the software industry too. About 20 % are earning upto Rs 8000 a month, 20 % at least Rs 20,000, 5 % about Rs50,000 and 2 % one lakh. Yet there are many improvements to  be done in Darul Umoor and we need really dedicated people for this,” says Ziaullah Sheriff. Syed Hamid  Mohsin of Salaam Centre, Bangalore and Maulana Abdul Bari Nadwi, principal of Jamia Islamia, Bhatkal were among the chief guests.  Secretary General of the Centre, A.R. Kamaruddin, Faculty member M.A. Ataulla and Dr Haziq Nadwi, presented the progress report of  the Centre. 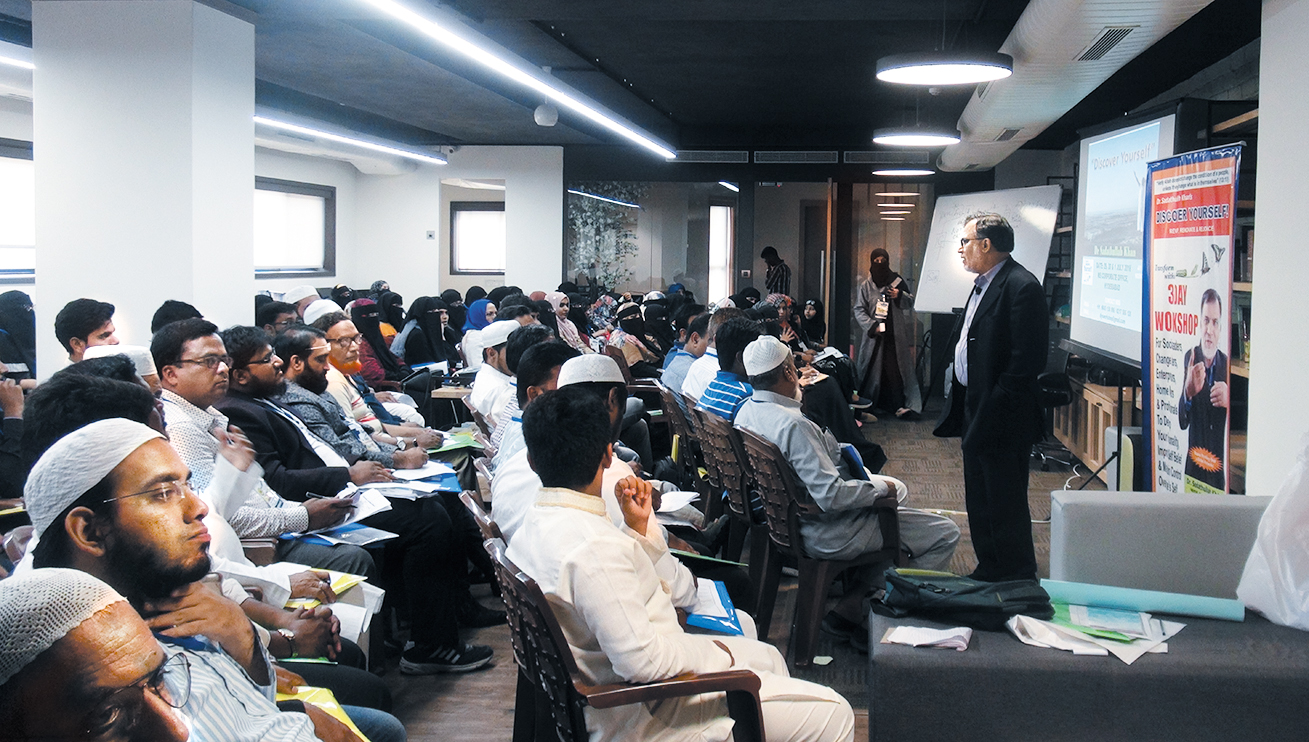 Free From Burdens of the Past