Delhi: The management of Haj pilgrimage, including administration of the Haj Committee Act, 1959 (51 of 1959) and the rules made there under will now come under the purview of the Minority Affairs Ministry, instead of Ministry of External Affairs, as per the new rules issued by the Cabinet Secretariat. As per the decision, which received a nod from the President Pranab Mukherjee, the Ministry of Minority Affairs has taken over the work of Haj Division of MEA with effect from 1st October, 2016. 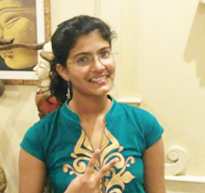 Do You Truly Rely on God?