Rabbani School to have Degree College

Jaipur: The Imam Rabbani Senior Secondary School here will upgrade itself to a degree college in the coming academic session. This was announced by Maulana Fazlur Raheem Mujaddadi, rector of the Jameatul Hedaya on December 18. The school is part of the Jameatul Hedaya, a madrassa set up on modern lines with teaching of English, Hindi, computer studies, several technical trades and all modern sciences in 1986. He also announced that several branches of Rabbani School will be opened at Lucknow, Farrukhabad and other district towns of UP and Rajasthan.
Maulana Raheem said the concept of Roti, Kapada and Makaan has now graduated up to decent and nutritious meals, pucca house with supply of electricity, gas and potable water. Zaved Maniar, Chairman, Everest Ices, Leicester, UK was the chief guest at the occasion.
Maulana Raheem said another coaching centre for coaching for civil services examination will be set up near Delhi University at a cost of Rs. 50 lakh initially. The first centre of the Crescent Coaching Academy operating in Badi Serai near JNU has produced considerable success as several students have successfully competed for the various civil services exams. 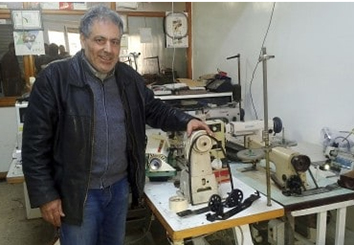 Don’t Build Up Your Troubles