Sermons in Gujarat Mosques on Importance of Vaccination

In an attempt to counteract messages circulating on social media warning Muslim families against getting their children vaccinated, mosques in Gujarat are creating awareness in the community about the importance of the vaccines. Mosques in Vadodara and central Gujarat joined hands with doctors recently to deliver a message in their sermons about the need to administer vaccines to children. The Baroda Muslim Doctor’s Association and Muslim trust Majlis-e-Ulama came together for this purpose.
Some messages on social media, claiming that vaccinations for measles and rubella being administered by the government to children between 9 and 15 years of age can leave them impotent, have left many Muslim families in doubt. Darul-Uloom Deoband took notice of the messages and issued circulars asking local mosques across the country to allay the unfounded fears of community members. An appeal from Jamia Millia Islamia says, “Measles is a highly infectious, potentially fatal disease caused by the measles virus. Measles causes sickness like diarrhoea, blindness, encephalitis and pneumonia, which can lead to death. In India, more than 95% cases of measles are among children below 15 years of age.”
from July 16. In Godhra, too, mosques handed out pamphlets and made announcements about the importance of the vaccines.

April 1, 2020
Ayishakutty, 91, the first woman panchayat president from the Muslim community in Kerala,passed away recently. A native ... More
Prev Post Souad Abderrahim
Next Post There is No Such Thing as Nikah Halala in Quran 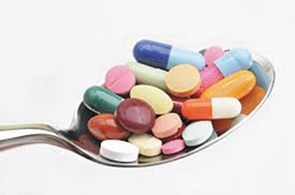