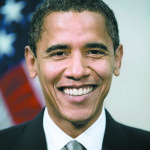 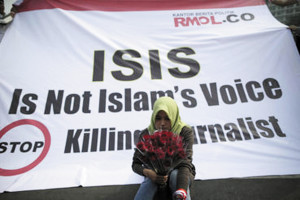 ‘Islamic State does not speak for you and we are not at war with Islam’, declares US president at counter-extremism summit.
Washington: “Muslims in the US and around the world have a responsibility to fight the idea that terrorist groups like Islamic State speak for them”, Barack Obama has declared in his most direct remarks yet about any link between Islam and violent extremism. “We are not at war with Islam,” Obama said. “We are at war with people who have perverted Islam.” In the first of two speeches to a counter-extremism summit in Washington, the president reiterated his determination to avoid letting the agenda become characterised as a battle against Islam, saying this would be playing into the hands of Isis and other terrorist groups.
“They propagate the notion that America, and the west generally, is at war with Islam; that’s how they recruit, that’s how they try to radicalise young people,” he said.
“Just as leaders like myself reject the notion that terrorists like ISIS genuinely represent Islam, Muslim leaders need to do more to discredit the notion that our nations are determined to suppress Islam.”
For weeks the Obama administration has sidestepped the question of whether deadly terror attacks in Paris and other western cities amount to “Islamic extremism”, wary of offending a major world religion or lending credibility to the “war on terror” waged by George Bush.
But as he hosted the summit at the White House, the president said some in Muslim communities had bought into the notion that Islam was incompatible with tolerance and modern life. While putting the blame on Isis and similar groups, Obama said the militants masqueraded as religious leaders, but were really terrorists. The president also appealed directly to prominent Muslims to do more to distance themselves from brutal ideologies, calling it the duty of all to “speak up very clearly” in opposition to violence against innocent people. Obama acknowledged it was a touchy subject but insisted it was critical to tackle the issue “head-on”.
“We can’t shy away from these discussions,” he said. “And too often folks are understandably sensitive about addressing some of these root issues, but we have to talk about them honestly and clearly.”
The president differentiated militant groups from the “billion Muslims who reject their ideology”. Isis was killing far more Muslims than non-Muslims, he said, and called for the world community to elevate the voices of those who “saw the truth” after being radicalised temporarily.
Obama acknowledged many Muslims in the US had a suspicion of government and police and felt they were unfairly targeted – confounding efforts to strengthen co-operation between law enforcement and Muslim communities. He praised Muslims who have served the US and other capacities for generations.
“Of course that’s the story extremists and terrorists don’t want the world to know: Muslims succeeding and thriving in America,” Obama said. “Because when that truth is known it exposes their propaganda as the lie that it is.”
Obama has long tried to shift his administration’s terror rhetoric away from what he saw as the hyperbolic terminology used by his predecessor, George Bush, particularly Bush’s declaration in the aftermath of the 9/11 attacks that the US was engaged in a “war on terror”.
Obama said: “If we’re going to prevent people from being susceptible to the false promises of extremism, then the international community has to offer something better and the United States intends to do its part.”
Issuing such a direct challenge to Muslims to disown the ideology of extremist groups marked a clear departure from the restrained, cautious language Obama and his aides have used to describe the situation in the past.
The refusal to directly assess any Islamic role in the terrifying scenes playing out in Europe, the Middle East and Africa has drawn criticism from those who say Obama has prioritised political correctness over a frank acknowledgement of reality. National security hawks, in particular, have argued that Obama’s counter-terrorism strategy couldn’t possibly be successful if the president was unable or unwilling to confront the true nature of the threat.
Yet the argument over terminology has increasingly become a distraction, including last fortnight, as Obama gathered law enforcement officials, Muslim leaders and lawmakers for a three-day summit on violent extremism.
Obama echoed the concern over the killings in Chapel Hill, North Carolina, though he did not directly address the question of the murderer’s motive, preferring to emphasise the solidarity of other Americans.
“Most recently, with the brutal murders in Chapel Hill of three young Muslim Americans, many Muslim Americans are worried and afraid and I want to be as clear as I can be: as Americans of all faiths and backgrounds, we stand with you in grief and we offer our love and we offer our support,” he said.

November 15, 2018
The court’s decision comes after an Austrian national  held two seminars in 2009, in which she defamed the holy Prophet.... More
Prev Post Enhance Your Word Power
Next Post Indian Muslim Scholars Call for Communal Harmony