Fleeing from the IS (Islamic State) extremists, refugees from Syria have been welcomed in European nations, while the Gulf nations’ inaction on the Syrian refugee crisis has been termed “shameful.”
By Ashley Fantz, Becky Anderson and Schams Elwazer (CNN)

They have risked their lives to escape war in Syria. Most of Europe has struggled to deal with their masses, and has at least tried to answer a humanitarian call of a magnitude not seen since World War II. But no Syrian refugees have been resettled in Persian Gulf nations like Kuwait, Bahrain and the United Arab Emirates, countries with significant financial and political interest in Syria. “Other countries need to do more,” tweeted Nadim Houry, Human Rights Watch deputy director for the Middle East and North Africa. He called those wealthy countries’ inaction on the Syrian refugee crisis “shameful.”
Officials in Saudi Arabia, Kuwait, Bahrain, Qatar, Oman and the UAE defend themselves by noting that each has given millions of dollars to the United Nations to help the refugees. The UAE says it’s given more than $530 million in relief aid. They stress that Syrians have entered Gulf states on visas, and stayed. And they also employ a “What about them?” defense, noting that the Gulf states aren’t the only nations not helping give homes to victims of war. Amnesty International points out that other high-income countries like Russia, Japan, Singapore and South Korea have offered zero resettlement options.
The U.N. has been direct. It wants all nations which are developed to open their borders. It’s more than a matter of generosity; it’s also practical, some argue. Gulf citizens have much in common with Syrians. They speak Arabic, like most Syrians. And those states are wealthier than many countries, such as Turkey, Lebanon and Jordan, that have accepted refugees. Some say Saudi Arabia and Qatar have an obligation to help victims of a war in which those nations have been involved through their financial support of rebel groups that have fought Syrian President Bashar al-Assad.
The Syrian civil war began in 2011 at the fever pitch of the Arab Spring revolutions that deposed dictators in Egypt and Libya, amid optimism that the people could, if they mobilized, win previously unheard-of freedoms. Protesters gathered to try to vocalize that dream, asking the Assad government to be more open. Al-Assad met that expression with violence, and as months went by, the conflict grew more complicated, with foreign fighters and people of varying desires thrown into a very messy conflation. ISIS exploited that chaos and moved in, killing and torturing anyone who opposed the extreme Islamists.
Turkey has taken in nearly 2 million refugees; Lebanon more than 1.1 million; Jordan at least 629,000. Egypt has played a role, too, welcoming more than 130,000, and even Iraq, a country still ravaged by violence, has accepted nearly 250,000 refugees. More have likely crossed into those countries without being counted. It’s possible that one of the reasons that the Gulf states haven’t been welcoming is that the concept of a refugee doesn’t even exist there.
Legally, they’re not obligated to help. Saudi Arabia, Kuwait, Bahrain and other Gulf states are among the few nations in the world that have not signed a 1951 U.N. treaty on refugees. That’s a key legal document that defines what a refugee is and spells out their rights and states’ legal obligations. But since Gulf states haven’t signed the treaty, any victim of war would need to meet the same standards as anyone else to obtain a visa.
Gulf states are hesitant to welcome refugees because they are concerned about what it would mean for their nations’ security, said Abdulkhaleq Abdulla, a retired professor from United Arab Emirates University. He told CNN that there’s a belief that accepting Syrians who are fleeing ISIS only appeases the terror group. It would feed “into the violence in the region, which is already the most violent region on Earth,” he said. The Gulf states are the most stable nations in the region, he explained, and getting too involved could risk that.
It’s a “shortcoming” of Saudi Arabia, Kuwait and other Gulf states, he said, that they don’t have laws that allow for more “elaborate refugee programs” like those of European nations. Observers might not be as generous in their description of how Europe is handling the crisis. The European Union has met to try, at the last minute, to forge one united policy to address the more than 366,000 refugees and migrants — from Iraq, Syria and Afghanistan,- who have crossed the Mediterranean Sea to Europe already this year. According to the U.N. at least 2,800 have died or disappeared during the journey.
Some European nations have been welcoming, mostly notably Germany, which has said it expects 800,000 asylum seekers this year. At least 17,500 refugees have relocated to Munich alone. But other European countries, such as Hungary, have taken a very hard line. The nation’s leaders said a wall will be erected on its border with Serbia to keep migrants out.
The situation is so bad and there’s such a huge immediate need, Abdulla said, Gulf states should perhaps “go out of our way without any need for a law. The sooner we do this, the better off we are.”
(CNN’s Ashley Fantz wrote and reported this story from Atlanta. CNN’s Becky Anderson and Schams Elwazer contributed reporting from Abu Dhabi).

November 15, 2018
The court’s decision comes after an Austrian national  held two seminars in 2009, in which she defamed the holy Prophet.... More
Prev Post Matrimonial October 2015 - Groom Wanted
Next Post Over 1,000 Indian Clerics Back Fatwa against IS 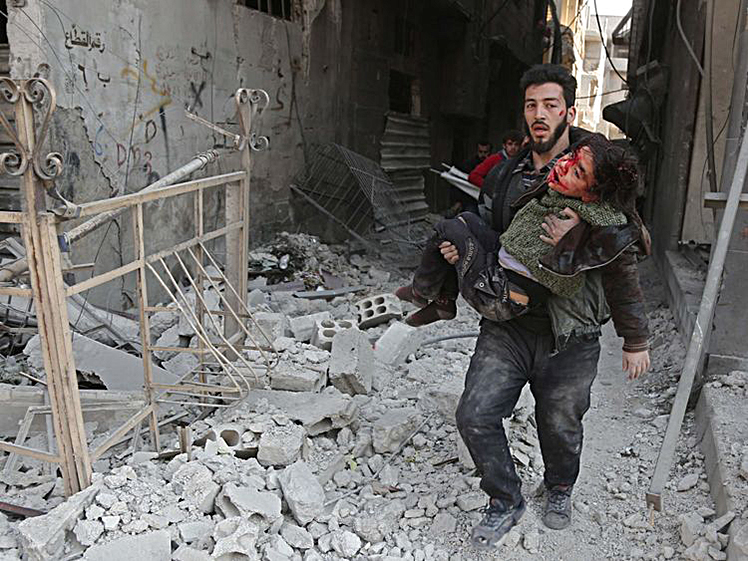