King Abdullah II warns against the “danger of manipulating religion for political purposes.”

Amman: Jordan’s King Abdullah II has warned that ethnic and sectarian violence sweeping across several Arab countries could lead to the “destruction” of the Muslim world. King Abdullah II’s remarks came at a conference in the Jordanian capital, of 100 religious scholars, both Sunni and Shiite, from 35 countries, last fortnight. Christian clergymen also attended the meeting, which discussed how Muslim nations can adopt moderate policies and preserve civil liberties and human rights.
The civil war in neighboring Syria has taken on an increasingly sectarian tone, pitting predomi-nantly Sunni rebels against a regime dominated by an offshoot of Shiism, which is allied with Shiite-majority Iran. Jordan is worried that the violence could spill across the border. “The bloodshed in Syria should be stopped and the unity of this country, and that of the rest of the Arab and Muslim nations should be preserved,” stated King Abdullah II. Jordan is now home to over 500,000 Syrian refugees.
Sunni-Shiite tensions also impact conflicts in Bahrain, Iraq, Lebanon and elsewhere. In Egypt, Islamists torched churches after security forces staged a bloody crackdown on encampments protesting the toppling of President Mohammed Morsi.
“This conference coincides with our repeated calls to reject and end ethnic and intra-religious sectarian violence, which entails a recipe for the destruction of the Muslim world,” Abdullah said.
He warned against the “danger of manipulating religion for political purposes and sowing the seeds of hateful ethnic and intra-religious sectarian division.”
Abdullah said Muslims should respect democracy and make it inclusive. “Majoritarian rule is not the essence of democracy because democracy is achieved when all share the feeling that they are truly represented. This is the essence of political consensus in Islam,” he added.
King Abdullah also urged Muslim clerics to try and find a solution to the region’s ills. “You are the scholars of the Muslim world and it is your responsibility to confront the ethnic and sectarian strife in Syria,” he appealed. 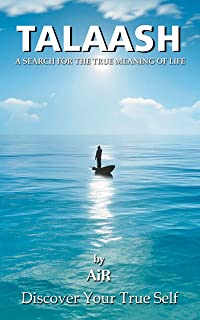 Azan, Prophet’s Sermon to be Recited in States