New Delhi: Out of 42 Unani medicine colleges spread across the country, not a single Unani college fulfills the MSR (Minimum Standard Requirements) prescribed by the regulating body- ‘Central Council of Indian Medicine (CCIM). This was revealed by CCIM vice- president, Dr. Rashidullah Khan at a symposium on the ‘Welfare of Unani Doctors’ organized by the All India Tibbi Congress here on August 17, in which noted Unani academicians, physicians and practitioners have also expressed concern over the falling standard of this age-old system of medicine. Speaking at the symposium, Dr. Rashidullah Khan said the Central Council has been framing and implementing various regulations including the Curricula and Syllabi in Indian Systems of Medicine viz. Ayurved, Siddha and Unani Tibb at Under-graduate and Post-graduate level, but Unani colleges have been found wanting on many counts. Emphasizing the need of improving the quality of Unani education and colleges in the country, he said “not a single Unani Tibbi college in the country fulfills the MSR (Minimum Standard Requirements) drawn by the CCIM”. “Our evaluation process found that many Unani colleges lack facility for teaching and training, apart from not paying salaries to staff,” he added. Echoing his views, former Dean of Faculty of Unani Medicine in Aligarh Muslim University, Prof Afzaal Ahmad said that there is a dearth of competent and high-quality teachers in Unani colleges.

September 14, 2014
By Abdul Bari Masoud New Delhi: About 80 activists, intellectuals, academics and community leaders have condemned the at... More

Protest against ISIS atrocities on Minorities in Hyderabad

November 13, 2013
Muslims enjoyed the “golden era” and were loved and admired by the world, once upon a time. Times have changed. There ha... More

November 14, 2013
“Why Muslims Today are Backward in all Facets of Life? “Reasons and Solutions” “The need for an Islamic Renaissance” A T... More 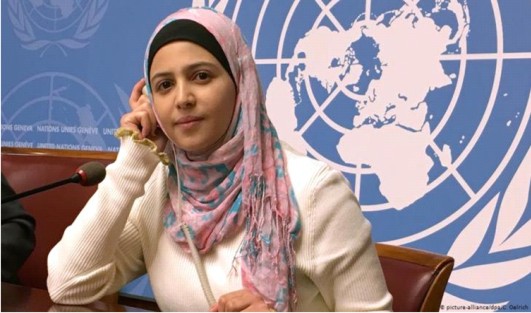