Shocked by the heinous attack in Paris by radical extremists, leaders and organizations from across the world send their messages of condolences and condemnations.

Washington, DC: It has been a difficult evening for the entire humanity to watch terrorists barge in places and shoot people randomly. Over a hundred people have become the victims of terror and another hundred are wounded. While the French authorities have not formally ascribed responsibility for this act of terror to any particular group – it appears to have been committed by Islamist extremists. Regardless of the religious affiliation the perpetrators may claim, we strongly condemn this heinous terrorist crime.
We applaud the French Police for doing their best to cut down on the loss of innocent lives and finally removing the immediate threat to lives. We stand with the people and Government of France as they deal with this tragic event and bring the people behind this terrorist act to account. Our thoughts and prayers go out for the victims and their surviving relatives. May God give them immense patience to cope with this tragedy.
As Muslims, we are deeply offended and condemn this act of terrorism against innocent pof teople; they have violated every societal norm as well as the rules laid by the very faith they claim to belong. This is not the act of a Muslim, but of rogues who claim to follow the faith. The Quran (5:32) says, “If anyone slays a person, it would be as if he slew the whole people: and if any one saved a life, it would be as if he saved the life he whole people.”
We have to tackle this issue head on, and cut the roots of extremism, while we are doing that, prayers and a candle vigil gives us some coherence. The children need to be with us to reassure them that God is a higher power and it gives hope and relief to all of us. Lighting a candle is telling ourselves that we have taken the first smallest step that we can actually take, and hope and pray to find larger solutions.
([email protected])

Arab States Condemn Paris Attacks
Criminal Acts of Terrorism in Violation of All Ethics
Saudi Arabia, the UAE, Kuwait, Qatar and Egypt have been among the Arab states, leading condemnations of the simultaneous attacks in Paris. Saudi Arabia’s foreign minister gave a statement on the attacks, as he arrived in Vienna for talks on ending Syria’s civil war. “I wanted to express our condolences to the government and people of France for the heinous terrorist attacks that took place which are in violation and contravention of all ethics, morals and religions,” Adel Al-Jubeir told reporters.
Qatar’s foreign minister said the attacks violate all human and moral values. “The state of Qatar, through its foreign minister, strongly condemns these heinous attacks that have struck the French capital causing so many victims,” Khaled Al-Attiyah said in a statement. “These acts, which target stability and security in France are against all human and moral values,” he added. In a statement from the UAE press agency, President Sheikh Khalifa Bin Zayed Al Nahyan offered his condolences to French President Francois Hollande. Sheikh Khalifa also said his country strongly condemns the attacks. Egyptian President Abdel Fattah El-Sisi offered his condolences and “expressed his solidarity” with Paris. “Such terrorist attacks will not weaken the will of peace-loving countries,” Sisi was quoted as saying. Kuwaiti Emir Sheikh Sabah Al-Sabah sent a “cable of condolence” to Hollande, condemning “these criminal acts of terrorism which run counter to all teachings of holy faith and humanitarian values.” He reaffirmed Kuwait’s solidarity with the French people and government, saying Kuwait supports all measures France might take to protect its security against the terror attacks. Bahrain’s Crown Prince Salman Bin Hamad Al-Khalifa also offered his condolences and pledged solidarity with France. Iraqi Prime Minister Haider Al-Abadi condemned the gun and bomb attacks, saying they showed the need for action against militants worldwide. “We condemn and deplore the terrorist attacks in Paris, which emphasize that fighting terrorism calls for international efforts to eliminate it in all countries,” Abadi said in a statement. Iranian President Hassan Ruhani sent a message of condolence to French counterpart Francois Hollande on the shootings and bombings in Paris. (Extracted from Saudi Gazette)

A Cruel and Senseless Murder
By Dr. William Vendley (Secretary General)
Religions for Peace is filled with sorrow for the innocent people killed in France. We cry out in anguish over their blood, which was shed to terrorize and divide people. We are in prayerful solidarity with their families and loved ones. It saddens us unspeakably whenever religion is twisted and distorted to justify violence. Morally united across all our diverse religious traditions, we utterly reject and condemn violence committed in the name of religion. Not only is it profoundly cruel, cowardly and misguided; it is also a criminal behavior that needs to be addressed by all due legal means. Together, we firmly reject the attempts to polarize and divide our religious communities. Are we to let these cruel and senseless murders fuel distrust and cycles of violence amongst diverse religious, cultural and political communities? With a single heart, we answer No!
Rather, we reaffirm—based on 45 years of experience day in and day out—that the diverse religious communities working together across the world in Religions for Peace are committed to taking concrete action together to respect religious differences, honor human dignity and advance our common good.
In our shock, sorrow and moral outrage, now is the time for sincere believers of all traditions to further commit to principled multi-religious collaboration for the common good. Let each religious community come to the defense of any other community whenever its members are under attack, slandered or scape goated. We in Religions for Peace have found that this approach is a true way for each believer to honor his or her respective religious tradition. In doing so, we can as diverse religious believers also address together even the most misguided and hideous misuses of religions as we work to help build the Peace.

On November 13, 2015 a group of terrorists mounted unprecedented attacks on several sites in and around the French capital, killing about 150 people and seriously injuring scores of others. Without doubt, an attack of this kind is highly condemnable.
A witness to one of the shootings at a concert hall, where at least 110 people were killed, said that one of the gunmen shouted ‘Allah Akbar’ as he indiscriminately fired at the crowd gathered for the concert. These self-styled mujahideen were practically saying, ‘Violence is great’, but used ‘God is great’ as their slogan. This incident reminded me of a saying of the Prophet of Islam, who one said to his companions that a day would come when Muslims would commit unlawful acts. His companions asked with surprise how this would happen. He replied: ‘They would give it a name other than its real name and thus make it lawful.’
The present-day violence in the name of jihad is a clear example of the above Hadith. These so-called mujahideen have given their acts of violence the name of ‘jihad’ and are thus engaged in perpetrating terror. Taking the lives of innocent people is an act for which there is no excuse whatsoever. In the Quran, killing an individual is regarded as the most heinous crime: ‘Whoever killed a human being—except as a punishment for murder or for spreading corruption in the land—shall be regarded as having killed all mankind.’ (5:32) This verse certainly applies to people who went on a killing rampage in Paris. Those engaged in this self-justified violence should know that no self-styled justification can make an unlawful act lawful.
To those who, based on such incidents, form an opinion that Islam is a religion of violence, I will say that Islam should not be judged by the acts of Muslims. Islam should be judged through its scripture and not through the practice of Muslims.
(CPS International, Center for Peace and Spirituality, 1, Nizamuddin West Market, New Delhi 110013)

May 21, 2019
New Delhi: Prominent Muslim and Christian leaders expressed shocked and solidarity with the blast victims who were kille... More
Prev Post This Little Boy Emptied His Piggy Bank To Help A Defaced Mosque
Next Post Bihar Verdict - Powerful Rebuff for Communal Forces 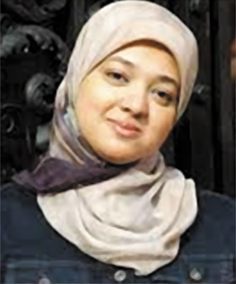