Concerns about the future of the Long Island’s East End’s only kosher restaurant have evaporated, thanks to a Muslim restaurateur who bought the place and decided to keep it halal and kosher. “It’s a dream come true,” Muslim restaurateur Rashid Sulehri said of the Beach Bakery in Westhampton.“Sons of Abraham can sit under one roof and they get a chance to see how much in common they have instead of staying away from each other and just thinking how different they are from each other.”The concerns of the Jewish community started when a bakery-restaurant called Beach Bakery & Grand Café in Westhampton Beach went up for sale last year. The new owner, Sulehri, confirmed that he will keep the meals kosher and halal, which follows the dietary standards of his faith, Islam, and dovetails with Jewish law.
Rabbi Marc Schneier, who leads The Hampton Synagogue in Westhampton Beach, praised Sulehri’s pledge to keep the eatery kosher, “exemplifies interfaith cooperation and coexistence.” “It took a devout member of the Muslim faith to come in and to maintain the kosher standards of the bakery for the Jewish community,” Schneier said.
Since Sulehri took over Beach Bakery in late April, more and more Muslims are joining his longtime Jewish customers especially during `Eid al-Fitr.In Judaism, Kosher foods are those that conform to the Jewish Kashrut dietary law and Halakha law. More specifically, Shechita is slaughtering of certain mammals and birds for food according to Kashrut. 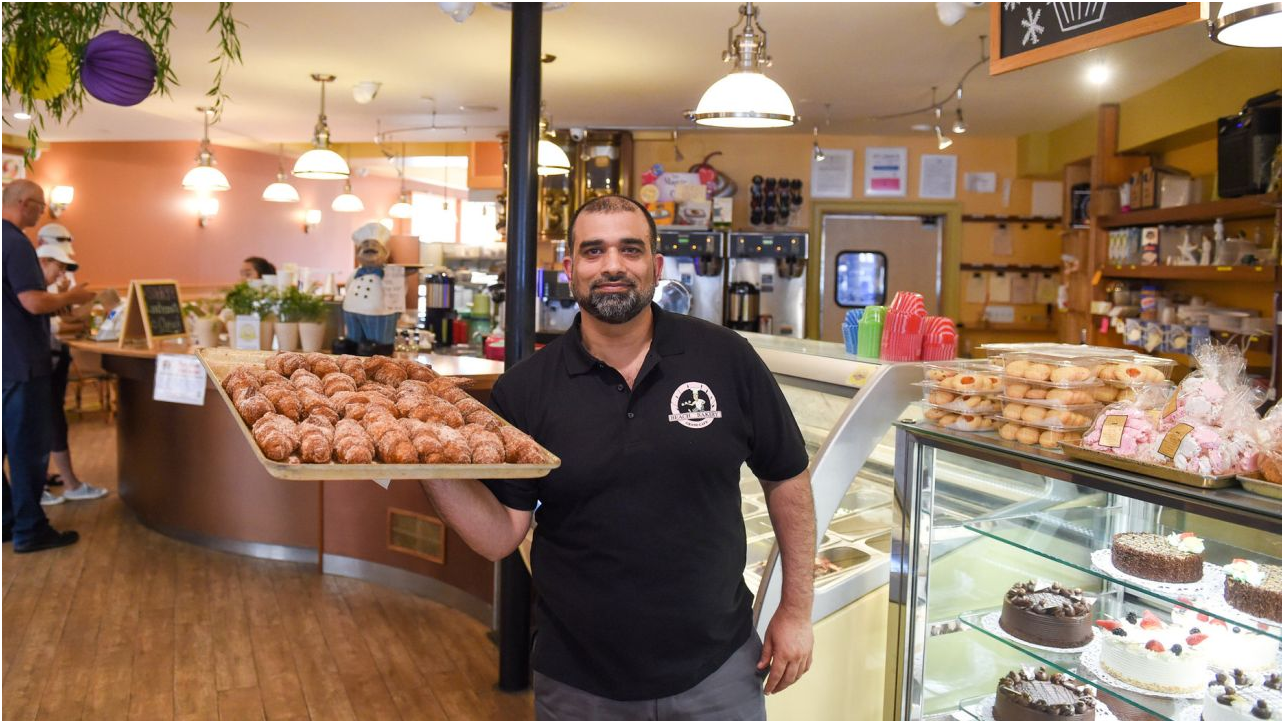