A province on the southern Philippines island of Mindanao has teamed up with madaris or Islamic schools to prevent violent extremism from making inroads among Filipino Muslim youth. Sarangani Governor Steve Solon said the provincial government’s “Madaris for Peace” programme will see 125 Asatidz (madrasa teachers) propagate peace and Islamic values among Muslim school children. Solon said local government and faith leaders decided to work together following the outbreak of conflict more than 300 km away in Marawi, the country’s only Muslim majority city.  The result of the partnership is an “enhanced curriculum” in dozens of Arabic schools to combat extremism among youth. “Let us act together in preventing the spread of violent radicalism in our province,” the governor said in a message read out in over 250 mosques in the province. Ustadz Abdulbayan Laguialam, Madaris for Peace project manager, said the programme started classes using a modified curriculum last month and will run for 10 months, benefiting at least 3,500 kindergarten to high school students. Laguialam said madrasa teachers and Muslim community leaders were oriented on anti-radicalism a few months ago. 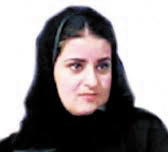