Why Do People Always Look At Their Smart Phones?

People drift into their own little world and zone-out when they are engaged with their smart-phone — completely ignoring what is going on around them. Absorbed device users are oblivious to danger. In fact, it can even kill you, like it did to this young man. Security video footage from a crowded San Francisco commuter train showed the gunman pull out the .45-caliber pistol, raise it and point it across the aisle…The man drew the gun several more times and once wiped his nose with the hand holding the weapon. The District Attorney said regarding the security video, “These weren’t concealed movements — the gun is very clear,” “These people are in very close proximity with him, and nobody sees this!” “They’re just so engrossed, texting and reading and whatnot. They’re completely oblivious of their surroundings.”
The murderer was looking for a victim, and while waving his gun on the train, he randomly chose his target who was exiting the train and shot him in the back of the head. This occurred during September of 2013.
During a previous career, I spent a number of years commuting into a major city and would at times take the train. I was always amazed at the complete and utter lack of situational awareness by 99% of the commuters. It was astonishing to me.
Everyone with their head down, mostly into their smart-phone, tablet, or laptop, some reading a book and others reading a newspaper (they still print those?). Even those who had ear-buds in, listening to music, would mostly look down or have their eyes closed – while others simply took a nap.
They always looked like zombie robots to me.
People who pay too much attention to digital technology are also vulnerable to theft. “Oftentimes when you interview people who get their phone stolen, when you ask them to describe where the person came from, what he was wearing, they have no idea,” said a police Chief discussing the issue.
One study found that almost half of all pedestrians exhibited dangerous behavior crossing the street while on their phone. They didn’t look both ways, they forced a car to stop suddenly or swerve, or they bumped into something.
Since 2004, the number of pedestrians hit and checked into emergency rooms has tripled nationwide because they were distracted by a cell phone. Approximately 23% of auto collisions involved a cell phone.
With all the types of distracted driving activities, text messaging makes a crash up to 23 times more likely.
It’s not safe to lose situational awareness. Burying your head in a smart-phone (or similar) while either driving or otherwise, can be a recipe for disaster.
It seems that no matter where you are, no matter the environment (inside or outside), no matter the place, there are lots and lots of people who are looking at their smart-phones. In their own little bubble. Oblivious. For many, it is instinctive such that when they are bored, they look to their smart device for distraction. For others, when they feel insecure, they go to their smart device to immerse into what feels good for them.
For some, perhaps it’s egotistical satisfaction to appear to others as though they are so popular and electronically socially connected. Maybe some people just aren’t comfortable with themselves or the world around them, while out and about. Perhaps afraid to look around and take it all in, or afraid to have to look someone else in the eye, or worse yet… to be conversational – to have to think and speak.
Don’t let this be you (completely engrossed)! Stay aware.
Remember these two words, “SITUATIONAL AWARENESS”.
Learn to enjoy your surroundings. Look around when walking – no matter where you are. See, hear, and experience the REAL world around you.
(Modern Survival Blog)
(Preparedness for Life) 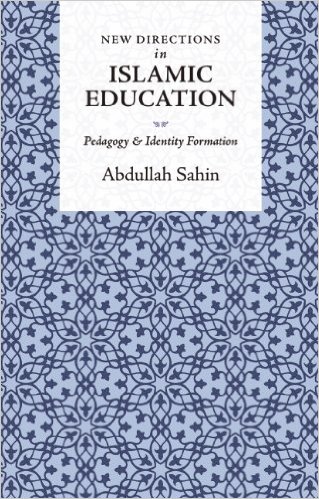