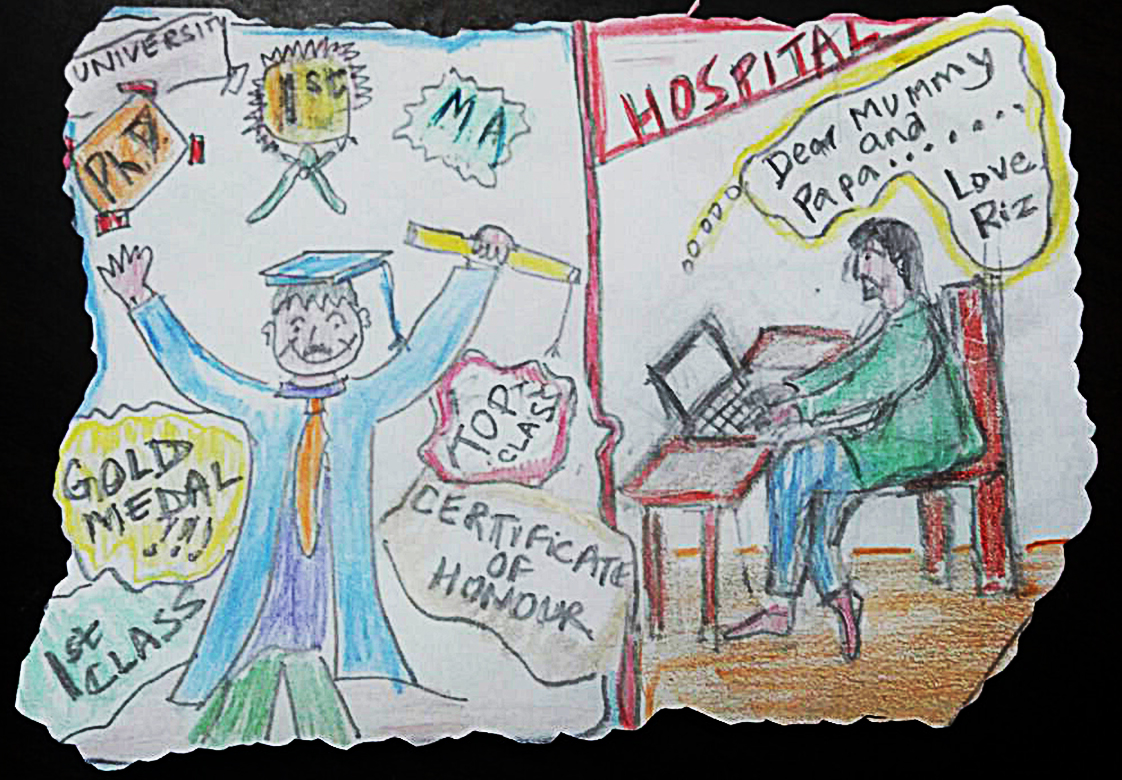 If realizing God is the purpose of life, parents who fail to help their children fulfill this purpose do them grave harm. 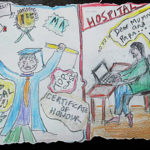 Riz’s parents had spared no sacrifice to ensure that their son received what they thought was the best possible education. They sent Riz to study at what was said to be the finest school in the country—which was also the country’s most expensive school. You and I may not agree with this logic, but the reason why this school was thought of as the best was because most of its students were from very rich and powerful families and because it provided what it claimed was an ‘excellent’, ‘international standard’ academic atmosphere and plenty of extra-curricular activities. Boys who passed out of the school almost inevitably went on to become heads of multinational corporations, top officials,  leading politicians, and so on.

‘Top-Class’ Universities
After spending several years in this school, Riz’s parents arranged for him to go abroad for his higher education. Over the next ten years, Riz went from one ‘top-class’ university to another, doing various courses and earning many degrees. When their friends would ask them where Riz was, Riz’s parents very proudly tell them that he was now in, say, Japan, having just earned his second Ph.D. in Britain, and that he was planning now to go to Norway or Ireland or wherever it was for yet another degree. They loved telling their friends about how ‘successful’ their son had turned out to be, with all the ‘world-class’ institutions that he had studied in and all the  many degrees he had earned.
One day—this was when he had travelled to America to receive a prize for a book he had written—Riz suddenly developed sharp pain all over his body. He fell unconscious and was rushed to the nearest hospital. There, he was given emergency treatment.
Shocked!
When Riz regained consciousness, the doctor said to him, “I have something very serious to tell you. You may have just  have a week or so to live. You have a very malignant form of cancer, and it has spread almost all over your body.”
You can imagine how shocked Riz was on hearing this! He had never given serious thought to the fact that he would die one day, so engrossed was he in his academic pursuits and career plans. Later that day, the doctor came by again. He sat by Riz’s bed and whispered, ‘My dear, I know you’ve earned many degrees and have many dreams of ‘making it big’ as they say. But none of that’s going to be of any help to you now. There is only one thing that can.”
“What is that doctor?’ asked Riz, his lips trembling.
“Do you have a personal relationship with God? If you do, you’ll know that the  only thing you should do now is to spend all the little time that you have left in the world in God’s company. You may think I am interfering in your life, but since you will soon be going back to God, where you’ll have to answer for your life, I must tell you this.”
Riz was dumbstruck. He had, you see, made no space for God in his life all these many years. His parents hadn’t taught him anything about God at all, and nor had all the ‘best’ schools and colleges that they had sent him to. Probably the only time his parents mentioned the word ‘God’ was while scolding someone (as in “Oh God, I am fed up of you!”) or while expressing some strong negative emotion (as in “Oh God! I’m so tired!”, or “Oh God! I’ve overeaten again!” or “Oh God, this food is horrible!”).

Talking With God
Riz hesitated to answer, but after a while he mumbled embarrassedly, “Doctor, to be honest, I’ve never ever talked with God. In fact, I don’t know how to. I’ve lived all my life as if God didn’t exist. For me, my education and career and having what they call a ‘good time’ was everything—my god as it  were. That’s how I was brought up, by my parents and in the schools I studied in.”
“But it’s never too late, my dear,” the doctor replied. “God has always been in you and with you and all around you even if you never thought of Him. You can talk to Him right now if you like. Ask Him to hold your hand. Ask Him to forgive you for all the wrongs you’ve done. Ask Him to bless your passage from this world into the next. This is the only thing that you should be doing now—before it is too late. Once you breathe your last, it’ll be pointless repenting.”
Saying this, the doctor left the room.
Then, for the very first time in his life, Riz spoke with God. He sobbed like a little child, realizing, now with his death round the corner, how tragic it had been to have made place for everything but His Maker in his life.

Goal of Human Life
Soon, Riz’s tears of remorse were replaced with a deep peace. Riz knew he was going from the world very soon, but now he was joyful for he had found God—the goal of human life—just before he was to depart. If he hadn’t, what an utter waste his life would have been, he thought. He realised how fortunate he was to have met the doctor at this point in his life, before it was too late!
A day prior to his death, Riz wrote a letter to his parents. He told them about his illness and said that he was probably leaving the world very soon. He thanked them for all that they had done for him and for their care and concern. He ended the letter with these words:
In your love for me you gave me what you regarded as the best possible childhood and education. You sent me to what you thought were some of the best schools and universities, working very hard so that you could afford to. But there was one thing that you didn’t do—you didn’t teach me about God, our Creator, to whom we all have to return one day and answer for our lives. In fact, you never once mentioned God in our conversations. Nor was God talked about in the schools and universities you sent me to. If realizing God is the purpose of life, parents who fail to help their children fulfill this purpose do them grave harm even as they think they are doing the best for them.
Beloved Mummy and Papa, I hope you recognize what you have done. Just as the kind doctor I met told me about God right in time, maybe this letter (which will probably reach you after I have left this world) will lead you to turn back to God and make Him the centre of your life before it is too late for you. As I have come to realise, without awareness of God, one’s life is completely useless.
Please share this letter with others so that they do not make the same mistake in bringing up their children. In that way, you can make amends for the mistakes you’ve made and become an instrument to help people connect with God and thereby fulfill the purpose of life.
May God bless and guide you,
Your loving son,
Riz