Say No to Haj Selfie!

The Prophet (peace be upon him) when he went for Haj, he said: O Allah, I ask of you a pilgrimage that contains no boasting or showing of. Taking selfies and videos defy the wish of our Prophet.” 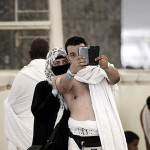 AVOIDABLE DISTRACTION: Umrah pilgrims taking a selfie at the holy site.
They can be seen video recording themselves walking around the Kaaba, kissing the black stone, perched close to the mount of Safa or Marwa, or standing near the green dome of the Prophet’s mosque.
Selfie fever has taken pilgrims and visitors to the two Holy Mosques by storm in recent days, much to the chagrin of scholars and other pilgrims who condemn such ‘touristy behavior’.
“In Madinah, I noticed a family facing the sun, raising their hands as if they were making dua. I couldn’t figure out what exactly they were doing. But then I noticed a person in front of them taking their picture,” said Zahra Mohammad, 27, an Islamic Studies teacher in Riyadh.
“I have seen pilgrims in Masjid Al-Haram taking selfies with the Kaaba in the background and this selfie is then posted on Facebook making it a social media event and ruining their act of ibadah by ‘humble-bragging’,” she added.
The urge to document their every move at the holy mosques of Makkah and Madinah, and to share these precious moments with friends and families on social media has resulted in more pilgrims using their phones in the holy mosques than they once used to.
Many believe such behavior can be a deterrent to achieving humility and tranquility while performing acts of worship, especially during the once-in-a-lifetime journey of Haj.
Jeddah-based scholar Sheikh Assim Al-Hakeem said: “Photography without a legitimate reason is an issue of dispute among scholars. However, despite this difference of opinion, there shouldn’t be any dispute when it comes to the real meaning of Haj and the essence behind it. It is based on sincerity and following the sunnah. The Prophet (peace be upon him) when he went for Haj, he said: O Allah, I ask of you a pilgrimage that contains no boasting or showing of. Taking such selfies and videos defy the wish of our Prophet.”
Famous scholar, Sheikh Abdul Razzaq Al-Badr warned against taking photos during Haj, saying: “When the Prophet (peace be upon him) reached the Miqaat he would say: ‘0 Allah make this a Haj without riya (showing off) and without trying to be heard of.’ This supplication is said at the Miqaat. And after making this supplication, it is followed by action and striving against the soul. But now at the Miqaat many of the people are taking pictures as mementos. They take pictures of Tawaf, and Arafat, and while throwing pebbles at the Jamarat.”
“It is as though the only purpose of this trip is to take pictures and not worship. And when they return home they say: ‘Come look at me, this is me on Arafat, this is me in Muzdalifah! And we have seen some of the people when they are ready to take the picture, they raise their hands in the appearance of humility, fear, and tranquility. And then after the picture is snapped they drop their hands, he said. The Oscar selfie at the biggest Hollywood awards event became the most famous and talked about selfie in the world. However, as has been witnessed in the past few days, it seems visitors to the two holy mosques do not want to be left behind in following trends of the world, even if they contradict the nature of their worship.
The sudden boom in selfies and photo shoots in the holy mosques premises can also be partly blamed on the increased sale and use of smart phones.
Until a few years ago, camera phones were prohibited from being taken inside the holy mosques, although some pilgrims managed to sneak them in.
However, authorities seem to have relaxed these rules as it is not uncommon to see pilgrims posing by the Kaaba and clicking away happily, although guards at the mosque entrances are reported to have prohibited people carrying professional cameras from entering.
“I was trying to pray Jumma in Masjid Al-Haram, but a few people kept coming in front of me to film the Khutba (sermon) with their cameras. What happens to one’s khushoo (serenity in prayer) in such a situation is anyone’s guess,” said Ahmad, a Jeddah-based expat performing Haj this year.
“The number of people I’ve seen with cameras inside the Haram probably amounts to thousands during Umrah last year, and given so many people have camera phones, it’s an endemic not easy to stop,” he added.
He suggests that individual Haj tour operators must inform their group members against excessive camera use so as not to distract themselves and others from the main purpose of accomplishing Haj Mabroor.
(Source: arabnews)

December 18, 2019
Here are some of the things we need to do to properly prepare for our death and for what comes beyond. By Valea If we... More
Prev Post The Prophet's (Pbuh) Farewell Pilgrimage
Next Post Rare Medieval Medical Texts to be Translated into English 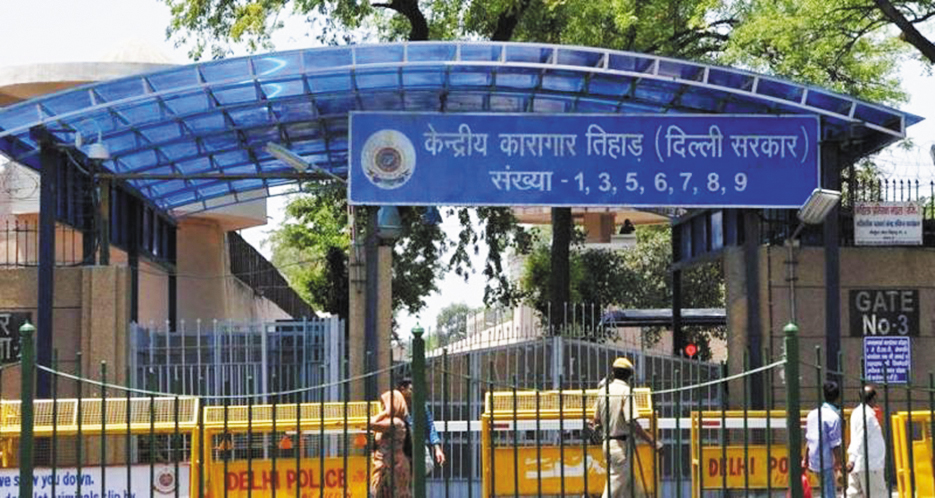