Late Fr. Ronnie believed that only if people from different faiths came together could we have peace, harmony, dialogue and mutual understanding in society. 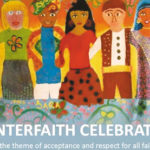 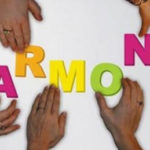 In today’s ‘global village’, faith communities across the world are in contact with each other on a hitherto unprecedented scale. While this provides rich possibilities for mutual learning and sharing, it can also become grounds for conflict, as is the case in large parts of the world today. In this context, then, building bridges between faith communities has become an urgent and indispensable necessity for harmonious living—at all levels, from the local right up to the global. And that’s precisely what a small group of women and men based in Bangalore from different faith backgrounds have been engaged in for many years now, through the Inter-Religious Harmony Movement (IRHM).

Dialogue and Mutual Understanding
The IRHM was started by a Jesuit priest, Father Ronnie Prabhu, way back in 1973. Fr. Ronnie passed away last year, but the movement he launched still continues. Says Margaret Rebello, present convenor of the group, “Fr. Ronnie believed that only if people from different faiths came together could we have peace, harmony, dialogue and mutual understanding in society. He very clearly saw that peace and goodwill between communities was the only way for humankind. He began contacting religious leaders from different communities in Bangalore. He would invite them to Ashirvad, a Jesuit-run centre in the city, where regular interfaith meetings began to be held. Gradually, lay people from different communities also started coming. These meetings at Ashirvad, generally held on the second and fourth Sunday of every month, still continue, even today.”
“Fr. Ronnie was a very compassionate, loving and happy person. He always had a smile on his face, despite whatever adversities he faced. He loved joking! He’d often exclaim, ‘How lucky I am!’—lucky to be God’s child, lucky to be blessed with the gift of life. His magnetic personality attracted many people, from different communities, to the IRHM,” Rebello explains.

Overall Unity Beyond Religious Differences
The IRHM did not seek to promote any one particular religion. Rather, it was intended as a platform where people of different faiths could discuss each other’s faiths, learn about and from each other and develop a sense of overall unity beyond religious differences. In this way, the group also sought to promote inter-communal harmony.
“Fr. Ronnie believed that there is just one God—called by various names in different religious traditions—and that we are all His children”, Rebello says. This fact, and the common values that he discerned in the different religions, was for him the basis to bring people of different faith traditions closer together.
This, however, did not mean ignoring the differences of dogma and ritual that distinguish religions from each other and that separate faith communities. Fr. Ronnie’s way of relating to these differences, Rebello says, was to not to confront them, but, rather, to accept them. “There are these differences of belief and practice,” she notes, “and that is what makes each religion unique. We need to accept them with respect. If you respect the beliefs and practices of others, they’ll do the same with yours. Fr. Ronnie didn’t try to resolve the differences of dogma. His approach was to stress that God is higher than such differences and that they shouldn’t become an obstacle in connecting with God.”

Interfaith Prayer
The IRHM began as a small group of men and women from different faith backgrounds who would gather twice a month to share about each other’s faiths. There would be interfaith prayer, conducted in a manner that people of all faiths could identify with, as well as reading from the scriptures of different religious traditions. A speaker would deliver a talk on a particular topic, based on his or her religion and linking it to current issues or to life in general. Given what a sensitive issue religion can become, while allowing for discussion after speakers had delivered their talk, care was taken to completely avoid debates and polemics. “Discussion is welcome, but it must be in the spirit of respect,” Rebello explains.
Gradually, the IRHM’s activities expanded. Celebrations were organized on the occasion of major festivals of different religions as well as on national holidays. Once a year, members of the group would go on an interfaith pilgrimage, visiting different places of worship in Bangalore. There was an annual seminar on interfaith dialogue for college teachers, and another one for college students, where people from different faiths would speak on their religions. There was also an annual retreat as well as an annual meditation programme, which incorporated meditations from different religious traditions.
Fr. Ronnie is no more in this world, but the group that he spawned still carries on with the mission that he devoted much of his life to. The IRHM’s activities continue as before, and new ones are being planned—including an interfaith magazine and engaging with social projects.
The IRHM is one of the very few groups in the entire country that are involved in sustained interfaith work. Although Rebello considers such work as really necessary, especially in today’s national and global context, she notes that there are very few organized and individuals that are engaged in promoting interfaith dialogue and inter-community harmony in an organized way. “It maybe because of apathy and indifference, or perhaps fear or prejudice,” she says. “There’s also the fact that genuine interfaith dialogue has to be a vocation, a calling, a Divine summons—it isn’t just some sort of social conversation that you have over a cup of coffee.”
“No matter what our religious differences, we are all one, actually,” Rebello muses, “being fellow children of the One God. I like thinking of dialogue as all of us—Hindus, Christians, Muslims, Sikhs, Buddhists and everyone else—coming together to form a circle and holding hands together in love, and then raising our hands towards God.”
Now, what a beautiful vision that is!
(For more details about Ashirvad, contact Margaret Rebello at [email protected])

February 17, 2020
A mosque in Golders Green, in the London Borough of Barnet, hosted an interfaith blood donation drive recently to save l... More
Prev Post DISCOVER YOURSELF WORKSHOP SCHEDULE
Next Post On Children’s Day, Here’s What a 12-Year-Old has to Say to the Nation