Main Precepts of Sharia Need to be Re-Examined

Prof. Nejatullah Siddiqui, noted Islamic economist and thinker recently spoke to Afkar e Milli, an Urdu monthly published from New Delhi, on important trends in Islamic thought. Siddiqui who propounded the theory of Interest-free banking has been conferred the King Faisal Award in 1993 and is considered a revisionist in Islamic circles. Excerpts from his Interview are being translated for the benefit of readers of Islamic Voice:

Q: How do you assess the progress of Islamic movement across the world (especially in context to Tunisia, Bangladesh, and Egypt)

A: We do not have a firsthand knowledge and direct access to the happenings in these countries. Reports of the Western media are often biased and cannot be relied upon. The media of the Muslim world lacks professional approach and has no direct access to the events happenings in those places. We can merely observe things from a distance. Realistically speaking, there could be many approaches to issues. It appears that Rachid Ghanouchi has adopted the right approach. He has taken a softer line and is trying to build a consensus on issues among diverse sections before embarking upon action. They have adopted Islam just as the official religion. It seems Tunisia is pursuing an effective strategy and has largely quelled the discontent.

Q: There is this view expressed by a body of intellectuals that Islam does not lay down the objective of securing power and setting up government for its adherents. Waheeduddin Khan and Javed Ahmed Ghamidi dub it political interpretation of Islam. Khan says power is promised, but should not be desired. Jamal ul Banna emphasizes the concept of ummah; rather than setting up government; and, Ghamidi says Islamic society is desired, power is not the target. How do you look at these approaches?

A: There could be two ways to look at the issue. 1- Argumentative, i.e., to revisit the actual precepts and the doctrine and deliberate upon them and the areas that require research should be investigated. 2- Empirical method i.e., to find out who has been on the forefront of service of Islam and Muslims. Who has contributed for the uplift of the community? And who has better field experience? As far our country is concerned, this discussion is merely academic, and has no practical relevance. Islamic Government is not the immediate objective for the Islamists here. No one claims this as his objective. There are efforts galore to malign the image of Islam from three quarters i.e. 1- Hindutva forces, 2- Secularists, and 3-Western oriented circles. Therefore we need to see how things have developed over the last century and how Islam’s image has fared over this period? We need to assess the Islamic literature produced during this period. We need to take up the task of introducing Islam among the countrymen and capacity building of the members of the Muslim community i.e., not merely to protect the people from the communal riots but also to conserve and nurture the cultural institutions. Seventy years ago, when Maulana Maudoodi talked about Hukumat e Ilahia, circumstances were altogether different. The British were ruling India then. The objective of Islamic Government might have made sense then. Those concepts should not be construed as absolute. There could be things that could be seen as pious wishes, otherwise talking about securing power is too distant a goal.

Q: How could the people across the globe be convinced of the Islamic precepts and principles in matters pertaining to economy, society and governance?

A: First we need to define the main Islamic precepts (nusoos) themselves. It is not essential that we go by the same interpretation that was relevant to 7th century. Take economy for example. The Islamic precepts in this sector are extremely vague. We do not have a well documented history. The work that the Muslims have done during the last five centuries in the field of economics in response to the economic rise of the West, does not carry any value. So we need to have a relook at the history and should rewrite it. Take also for example, the instrument of suk which evolved during the tenure of Hazrat Umar. This referred to the document issued by the Government towards the stipend. We need to examine if suk would apply to similar documents today. Instruments like Safatja or Bainul Arbauoon also need to be investigated. This should be task for the universities and research institute, not the individuals. Our universities have paid no heed toward this. The madrassas do teach these things, but have not taken it up for research.

Q: What could be methods for application of these things in today’s age?

A: This is where both research into history as well as fieldwork and field research is required. Justice and development are essential requisites of the sharia. Now we should seek where and how these objectives could be fulfilled today. How Government could/should be constituted, how to ensure that injustice is not done to anyone and ways should be found out to establish this system from local to international level. For example there is a general impression that Men are the masters over women who are considered subjects. The Quranic verse Arrijaloo qawwamuna alan nisai (3: 1) is referred to reinforce this argument. These verses were revealed in a particular context. It is not possible in today’s life to subject the women to total control of men. Women are justifiably ambitious and would like to progress in each and every field. Their ambitions cannot be curbed. We need to be creative and innovative in each and every aspect of our thinking and align our thought process with the changes being brought by the technology. Those who are critical of such thoughts, need to be reminded about the freedom of expression obtaining in the earliest period of Islam. These are the practical realities of the current age.

Q: Some people have vented much spleen and produced a lot of literature merely to convince people that some secret Jewish organization is controlling the entire mechanism of the world. How do you look at it?

A: I do not give any credence to this theory of conspiracy. We have ample opportunities to set up organization, prepare strategies and bring about reforms. Everyone is working everywhere, be it in right or wrong direction. There is no such secret power that permeates the entire world and creates obstacles or impedes our work.
(Note: The translation from Urdu is in-house job at Islamic Voice. We have tried to stay faithful to the text and also left out a few portions. Responsibility for any inadequacies found in conveying the essence of the original text is ours. Editor)
—————————————-
For research papers authored by Prof. Nejatullah Siddiqui, log onto:http://www.siddiqi.com/mns/

US Muslims Raise over $100,000 for Synagogue Victims 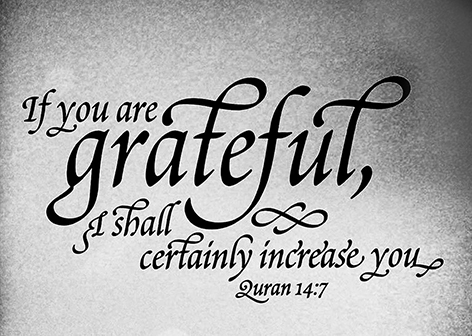