Prof. Abdul Aziz, Head of the CSSEIP, set the tone for the workshop with his presentation of the highlights of the extensive study of minority situation in the State carried out by the CSSEIP. Here are the highlights from the study:
Sex ratio among the minorities is not favourable to women except among Christians. An imbalance can be seen in the ratio as most minority communities have lesser number of female children than male ones.

Prof. Babu Mathew, NLSIU:
Liberalisation, privatization and Globalisation has not increased jobs. The nation is witnessing jobless growth. The people in IT industry are also forming trade unions now as retrenchment of employees between 45 to 60 years leaves them in a quandry. Neo-liberalisation excludes 70% of rural people and 50% of urban people as is corroborated by the Food Security Act which covers 67% of rural and 50% of urban population.

Prof. Khajapeer, former VC, Karnatak University, Dharwad:
The low representation of Muslims in higher education in the State owes itself to the fact that most Muslim boys and girls study through Urdu medium schools (the state has nearly 5,000 Govt Urdu medium Higher Primary and High Schools). Inadequate exposure to Kannada and English breeds disinterest in education being imparted in English or Kannada at college level. Dropout happens soon after these students transit from Urdu to other medium schools which may be after 7th standard or 10th standard. The State should adopt a policy of intensive and rigorous coaching in Kannada and English as mother tongue is not helpful in corporate sector.
Sociologist Sukhadeo Thorat found discrimination against Muslims and SCs at the interview level. Only 33% of Muslims were called and fake upper caste applicants were created in order to maintain the same level of call of interviews from that section. The State should adopt a policy of intensive and rigorous coaching in Kannada and English.
Maqbool Ahmed Siraj, Journalist:
There is a growing realization that the Muslim society too is stratified on caste line, although the caste is known as ‘Biradri’ among Muslims. Islam may be an egalitarian religion, but when it comes to marital alliances, people take traditional occupational category or ‘Biradri’ into consideration. Except for untouchability and exclusion from priestly class, some of the Biradries in lower hierarchy do suffer from social exclusion. It is time Dalit status is extended to Muslims as well as Christians too. As for raising level of competency of minority students in English and Kannada, the competency level of Govt Urdu School Teachers must be raised as well as tested and certified periodically.
Session on Christian Community
Christians constitute 1.9% of the State population. They are mainly concentrated in the coastal belt and in Bengaluru. Coastal Christians are converts from Billavas or Bunts. In eastern belt, the Christians are converts from Madigas, a group within SCs. The Christians in eastern belt suffer from extreme poverty and high morbidity. Number of Muslims and Christians in denotified slums is higher. (The State is obliged to provide power and water and extend garbage disposal only in notified slums.) Though literacy level among Christians is comparable to general literacy in the State, Dalit Christians are more inflicted with illiteracy. There must be programmes to upgrade slums. Most Christians are self employed and here the returns are low. Banks provide loans only on the basis of projects and collaterals. Study shows that only 2.4% of the needy households borrowed money from the Karnataka Minorities Development Corporation (KMDC). Only 6% reported awareness about them.

Session on Jain Community
Prof. R. G. Desai in his overview of the status of Jain community in the state observed that the community’s population in the state is around 4.5 lakh. A preponderant majority of Jains belong to Digambara sect who are rural and poor. The Jain community visible in the cities of the State belongs to Pitambra sect which has migrated to the state from Rajasthan and other Hindi-speaking states. They are urban, educated and engaged in business and industry and well-off. The traditional Jain temples in Karnataka are known as Basadis. Most of them are not covered under Muzrai or Wakf departments of the Government. Jain pundits are extremely poor.
Seventy per cent of Digambara community members are landless and labourers. Sixty per cent of them are concentrated in only six districts of the State. KMDC schemes have not reached them. Minorities Directorate should maintain a data bank on all the communities covered under them. Sixty seven Jain temples are covered under Muzrai Department (this department looks after the maintenance of Hindu temples in the State. They need to be put under a separate category with allocation of funds as many of them are of archaeological value. Jain community wants them to be excluded from the Muzrai department.) Since Jain population is sparse and not capable of electing a representative on its own strength, there is a need for nomination of at least one member in the State legislature.
Prof. Shivanna observed that literacy rate among Jains is high, but work participation is low. Aged population is more leading to more dependants. Proportion of widows too is high. Digambara Jain members need to be covered under poverty alleviation programmes.

Session on Sikhism
Sikh community member ,Mr. Baljeet Singh informed the participants that founder of the religion, Baba Guru Nanak visited Karnataka in 1520 AD and stayed at Bidar where Nanak Jhira shrine came up. The Sikh population in the state was put at 0.05% in Karnataka in 2011 Census which translates into only about a lakh of people. Some of them had arrived in the State in medieval times with Mughal armies, while the more recent migrants in the State were initially part of Army cantonments and settled down in the State after retirement.

November 15, 2018
In Jharkhand, over the past year, the police rarely reached out to protect or support victims of the lynch mobs. By Hars... More
Prev Post Extremism can be Defeated with Sir Syed’s Vision​, says AMU VC
Next Post Creating Social Entrepreneurs 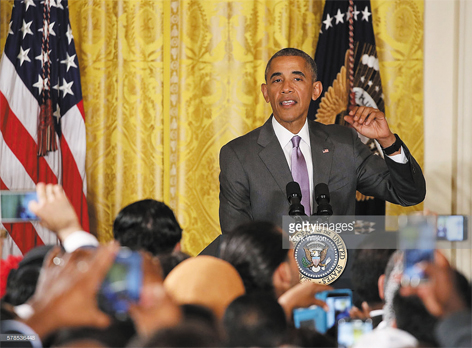