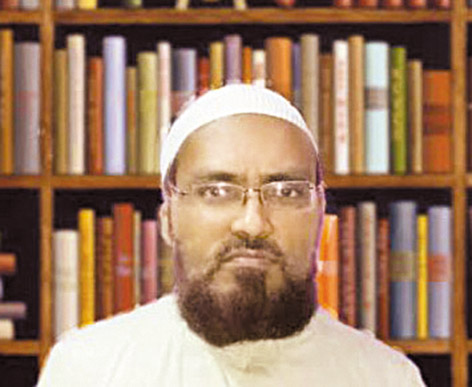 Radical political (mis)interpretations of Islam, that have unfortunately become quite prominent in our times, are totally counter to Islam and its underlying spirit and values. 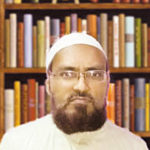 Worldly affairs are not divorced from spirituality in Islam. Islam considers the two as necessary for each other, as well as complementary to each other. The Quran (28: 77) explicitly says: ‘do not forget your share of the world’. A hadith report, contained in the Sahih al-Bukhari, terms the world as the field of the Hereafter. In this way, religion and worldly affairs are necessarily interlinked in Islam.
Politics is a necessary part of worldly affairs. It relates to the regulation of life at the collective level. Hence, any ideology that relates to life cannot remain without reference to politics. This is a basic reality. But another aspect of this reality is that politics has its own particular sphere in its relationship with Islam. It is certainly part of the overall understanding of the deen of Islam, but it is not part of the basic or foundational understanding or conception of the deen. In other words, the deen is as complete without politics as it is with it.

A Pragmatic Religion
The fact is that Islam is a pragmatic religion, and pragmatism is a basic condition for success in politics. That is why Islam cannot make it binding on its followers to engage in forms of actions that are generally not possible for them. The Quran (2: 286) clearly makes this point.
Islamic commandments (ahkam) are of two kinds: those that are fixed and unchangeable—or what the ulema term as ghayr mujtahadfih, commandments with regard to which there is no scope for ijtihad or new thinking and formulations; and those in which change is possible in response to changing contexts and conditions—or what the ulema term as mujtahadfih. The first sort of commandments are integral to Islam’s belief-system, while the latter are a practical aspect of the deen. Many Islamic rules about politics come under this second category of commandments.
Islam does not make a rigid distinction between religion and politics. But at the practical level, it is not necessary for politics to be a part of Islam. That is why Islam is present across the world along with its religious and spiritual system, but, with just a few exceptions, nowhere is it present along with any fixed and homogenous political system. This definitely does not mean that Islam, in this form, is incomplete and faulty, as some radical Islamist ideologues allege. This is because it is not possible that wherever Islam is found, it is found along with what is claimed to be its particular political system, and that too with this system becoming dominant over other systems.

God-Realization
All of God’s prophets taught one and the same deen or way of life. All of them invited people to the deen of God in its entirety, and they themselves led their lives according to it. But from the Quran and Hadith, it is amply clear that many prophets did not get the chance to establish themselves in their own communities, leave alone exercising political power. Only a relatively few prophets, such as the prophets Moses, David, Solomon and Muhammad (may peace be on them), were bestowed with political power by God. The prophets who did not receive political power focused simply on conveying to people the essentials of the deen, such as faith in the one God and Prophethood and belief in the Hereafter, as well as moral values, because this was what God expected of them. The mission of Jesus, for instance, did not go beyond conveying the Divine message. Many prophets were killed by their opponents. But every Muslim believes, as a matter of Islamic faith, that these and all the other prophets were fully successful in the mission for which they were sent by God—that is, to teach people about God-realization (marifat), to enable them to establish a connection with God and to show them the way to purify their souls and make them eligible to enter and inhabit heaven.
The deviation that has come about in Muslim political thought actually owes to deviation in the very understanding of the deen. Changes in the understanding of the deen have led to deviation in the understanding of the relationship between God and man, too. The deen, from the very beginning, has remained one for the whole of humankind. Its basic values and conceptions have remained the same. Islam is not a separate religion, but, rather, a continuation of the one and the same primordial religion, the first prophet of which, the Prophet Adam, was the first man. Therefore, it is not possible that Islam should depart from the basic values of the primordial deen, for the Quran instructs Prophet Muhammad (pbuh) to follow the prophets who came before him. Thus, it says (6: 90):
Those [the previous prophets] were the people whom God guided. Follow their guidance then and say, ‘I ask no reward for this from you: it is only a reminder for all mankind.
Islam seeks at the true welfare of humankind. It seeks to preserve the proper relationship between man and God as well as to promote good relations between and among human beings. In this regard, then, one can safely say that radical political (mis-)interpretations of Islam, that have unfortunately become quite prominent in  our times, are totally counter to Islam and its underlying spirit and values. These misinterpretations of Islam wrongly project Islam as a sort of political party, negating completely its reality as a spiritual tradition based on concern for universal welfare and goodness.
(The writer, a graduate of the Dar ul-Uloom Deoband, presently teaches Islamic Studies at the Jamia Millia Islamia, New Delhi. He can be contacted on [email protected])