Kabul: For all the billions of dollars in foreign aid that has poured into Afghanistan over the past 12 years, Sajeda, her head-to-toe burqa covered in dust, sobs that the world has forgotten the poorest of the poor in the largely untroubled north of the country, according to a report by Reuters. A deadly landslide last month exposed the extreme poverty in the remote mountainous area and also highlighted one of the paradoxes of Western aid: the northern region which supported the U.S.-led invasion of Afghanistan in 2001 has got significantly less help than the south and east, home of the Taliban militants. Over the past decade, much of the U.S. Agency for International Development (USAID) funding has been spent in the strongholds of the insurgents as part of Washington’s strategy to win the “hearts and minds” of the local population. “We are the poorest and most unfortunate people of this country and no one pays attention to us. We are forgotten,” said Sajeda, who lost 12 members of her family in the landslide that killed hundreds in northern Badakhshan province.
Time is running out for the Tajik and Uzbek people of Badakhshan, home to the Northern Alliance which helped U.S. forces drive the Taliban from power, to tap international aid. As Western forces wind down operations in Afghanistan, foreign donors are also pulling back.
Over the past decade, a disproportionate share of U.S. aid, which makes about two-thirds of all development assistance in Afghanistan, has ended up in the southern provinces where it has been used to achieve political and military objectives. A U.S. official said that between 2009-14, more than 70 percent of USAID spending, amounting to about $4.7 billion, went to the south and east.
Badakhshan, once a stopover point on the Silk Route, is one of the poorest places on earth. There is just one paved road, dotted with pot-holes, from the provincial capital Faizabad to Kunduz, a city three hours to the west that is connected to Kabul and other parts of the country. Most travel in the province is by horse or donkey. Reconstruction and relief in Badakhshan has mostly fallen to Germany, along with a handful of small non-governmental organizations, which have built among other things small mini-hydro plants on the slopes of the towering Hindu Kush mountains.
“Not only our villagers, but most villagers around Badakhshan are forgotten by the government,” says the village leader of Aab Bareek, Haji Azizullah. 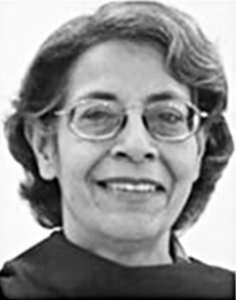