Bethlehem: Christians in the West Bank city of Bethlehem, the birthplace of Jesus Christ, joined the city’s Muslim residents in fasting Ramadan in continuation of a centuries-old tradition of interfaith solidarity.
Mike Kanawati, a Christian resident of Bethlehem, who manages a souvenir and jewelry shop, fasts the days of Ramadan with his Muslim neighbors.
“My grandmother used to fast, both Christian and Muslim fasting, and we were raised this way to show respect for and solidarity with other religions,” Kanawati said.
“Fasting, either the Christian or the Muslim way, makes one feel the suffering of those who do not have food,” he added. Kanawati said he was proud “like many other Christians” of fasting the Muslim month of Ramadan and stressed that doing so in no way diminished his Christian faith.
He revealed that some of his Muslim friends in turn perform the Christian fasting, such as abstaining from eating cheese, meat and milk, in demonstration of solidarity with the Christians.
The tradition, Kanawati stressed, was preserved over generations of Muslims and Christians who coexisted in Bethlehem for hundreds of years.
Bethlehem has a Muslim majority, but is also home to one of the largest Palestinian Christian communities.
In a survey of Bethlehem’s Christians conducted in 2006 by the Palestinian Center for Research and Cultural Dialogue, 90% reported having Muslim friends, 73.3% said that the Palestinian Authority respects Christian heritage in the city, and 78% reported that the emigration of Christians from Bethlehem was due to the Israeli travel restriction in the area. (www.saudigazette.com)

The Quran is Sublime and Full of Wisdom 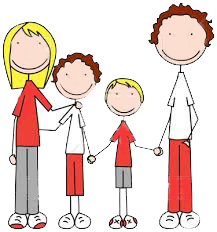