Jeddah: The IDB has spent $156 million in scholarship awards to students in member countries and Muslim communities in non-member countries in the last 30 years.
This was disclosed during a seminar organized by the Bank’s scholarship division on the sidelines of the 39th Annual Meeting and 40th Anniversary celebrations taking place in Jeddah from 24-26 June 2014. “IDB has spent millions of dollars in projects around the world. But, to me, the scholarship awards is the most important, because you are developing human beings who would contribute to their community”, said Dr. Ahmet Tiktik, Vice President (Corporate Services) in his opening remarks. The scholarship program which was introduced in 1984 has so far awarded 14, 500 scholarships out of which, over 8000 have already graduated and are contributing to the development of their countries. Dr. Malik Shah who heads the IDB scholarship program told participants at the seminar that 107 member and non-member countries have so far benefited from the program. The scholarships are awarded to undergraduate program, masters, PhD and post-doctoral levels. 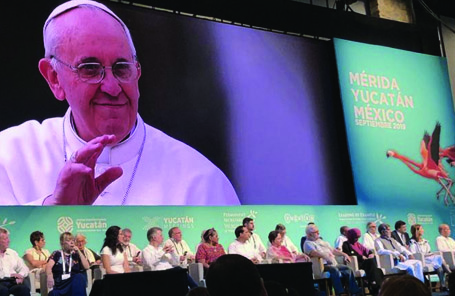