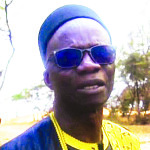 A Senegalese Imam has called for a “Green Jihad” against pollution, urging his country’s parliament as well as the entire Muslim community to engage in what he regards a clear Islamic duty to protect the environment. Pointing to Islam’s environment-related principles, Imam Youssoupha Sarr said in an interview with al-Jazeera English network that he cannot believe how people in his Muslim nation are accustomed to living in an environment polluted with plastic bags and other forms of waste. “Islam is clear on the issue of the environment,” Sarr said, adding, “Any form of pollution or aggression towards the environment is a sin and clearly forbidden. People need to be reminded of this.” Sarr’s call for aggressive measures against pollution has reportedly mobilized Senegal’s parliament. The African country recently banned the use of plastic bags nationwide.
Consequently, those who litter the streets or the environment with plastic bags may face imprisonment of up to six months as well as a hefty fine. People in the impoverished nation, however, still continue to use plastic bags and have censured the parliament for outlawing the use of plastic bags without offering people any alternatives. The country’s major industries such as fish processing, textiles, pharmaceuticals, paint manufacturing and food processing often discard their waste into the sea or in open fields. Due to inappropriate agricultural practices, Senegal faces the loss of its green land.

Mapping Up the Right Way