The prize for Arabic Language and Literature has been awarded to Abdelali Mohamed Oudrhiri of Morocco and Mahmoud Fahmy Hegazi of Egypt. By Sameen Ahmed Khan Six individuals and one organization from Egypt, Morocco, Sudan, and the USA have been named winners of the King Faisal International Prize (KFIP) for the year 2019, as the […]

The prize for Arabic Language and Literature has been awarded to Abdelali Mohamed Oudrhiri of Morocco and Mahmoud Fahmy Hegazi of Egypt.

Six individuals and one organization from Egypt, Morocco, Sudan, and the USA have been named winners of the King Faisal International Prize (KFIP) for the year 2019, as the 41st edition of the renowned award recognized their distinguished contributions towards humanity. The prize consists of a certificate, hand-written in Diwani calligraphy, summarizing the laureate’s work; a commemorative 24 carat, 200 gram gold medal, uniquely cast for each Prize; and a cash endowment of Saudi Riyal 750,000 (about US$200,000) to be shared equally.
The King Faisal International Prize for Service to Islam has been awarded to International University of Africa, located in Khartoum the capital of Sudan. This is in recognition of its outstanding contributions in the service to Islam and spreading of Arabic language in Africa and beyond. The university has its origins in the Islamic African Centre, and is now the largest Islamic religious institution in sub-Saharan Africa. The university has 15 colleges outside Sudan in Africa, China and Turkey. In order to expand the scope of knowledge, culture and advocacy, the University has established the Radio Africa station and the Al-Alamiya satellite channel.
The 2019 prize for Islamic Studies (Topic: Studies on the Objectives of Islamic Law) has been withheld due to the lack of sufficiently meritorious nominations.
The prize for Arabic Language and Literature (Topic: Arabic Language and Contemporary Challenges) has been awarded to Abdelali Mohamed Oudrhiri of Morocco and Mahmoud Fahmy Hegazi of Egypt. Oudrhiri is a professor at the University of Mohammed V in Rabat the capital of Morocco. He is a member of the Board of Trustees of the Islamic University of Niger, and secretary general of Moroccan Linguistic Union. Hegazi is currently Professor of Language Sciences at the Faculty of Arts, Cairo University. He has held several academic and administrative positions, including president of the Egyptian University, Almaty, Kazakhstan; chairman of the National Library and Archives, Professor of Linguistics and Head of Arabic Language and Literature at the Faculty of Arts and Director of Arabic Language Center at Cairo University.
The prize for Medicine (Topic: Bone Biology and Osteoporosis) is awarded to Steven L. Teitelbaum and Bjørn Reino Olsen (both are citizens of USA). Teitelbaum’s pioneering research focuses on bone cell biology for the purpose of developing new treatments for the prevention and cure of diseases such as osteoporosis. Osteoporosis is a disease characterized by low bone mass and deterioration of bone tissue, which can lead to increased risk of fracture. It is the most common reason for a broken bone among the elderly. Bjørn Reino Olsen is recognized for his outstanding contributions to the field of bone biology. He has made a series of key genetic discoveries which have enhanced the understanding of bone development, and the basis of inherited skeletal disorders, including osteoporosis syndromes.
This year’s prize for Science is in the area of Chemistry. It has been awarded to Allen Joseph Bard and Jean M.J. Fréchet (both are citizens of USA). Joseph Bard is recognized for his ground-breaking development of electro-generated chemiluminescence methods. Chemiluminescence is the emission of light as a result of chemical reactions. Exploiting this emitted light, Bard developed the scanning electrochemical microscope. This has numerous biological and medical applications such as detection of aids and analysis of DNA. Fréchet is awarded the prize for his pioneering work and seminal contributions in the areas of convergent synthesis of branched molecules (dendrimers) and their applications, chemically amplified photoresists and organic photovoltaics.
(The writer can be reached at Dhofar University
Salalah, Sultanate of Oman. [email protected])

January 14, 2019
Makkah: Sign language, Braille Qur’ans and electric wheelchairs are some of the new features in Makkah and Madinah to he... More
Prev Post Indonesia Calls for Efforts against Religious Exclusivism
Next Post Conserving Native Varieties of Rice

Coming Out of Darkness to Light 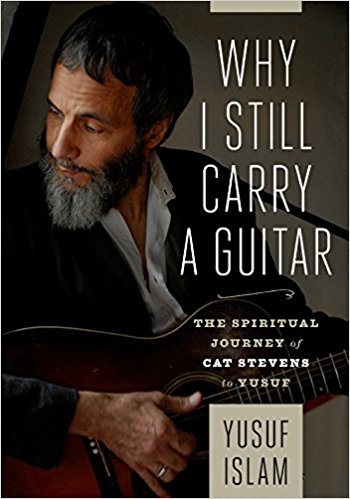