Fares, Bilal, Jana and Hiba arrived at their new home in Port Colborne on New Year’s Day, almost three years after fleeing the war in Syria.

On New Year’s Day, a family of refugees from Syria began the last leg of a journey that had lasted almost three years and brought them thousands of kilometres from home. As they walked towards the car belonging to Canon Robert Hurkmans, rector of St James and St Brendan, the Anglican church that had sponsored them, Bilal and Hiba watched as their children, eight-year-old Jana and four-year-old Fares, gazed with delight at the fat snowflakes falling from the sky. A week later, seated in their freshly painted apartment, Bilal and Hiba served tea while Jana and Fares chased each other around the spacious living room overlooking their quiet residential street.
In 2013, the Syrian civil war had already been raging for two years, and Bilal and Hiba, Muslims from the city of Hama were in constant fear for their lives. Hama was controlled by Bashar al-Assad’s government troops, but was frequently under attack from rebel forces. Bilal had a job running a convenience store, but worried that “someone would come into their home and take them” or that an explosion would kill members of his family. They decided to flee to nearby Lebanon, and after taking a long, roundabout journey by car to avoid the chaotic and dangerous main highway, they arrived in the port city of Tripoli. But while Lebanon gave them shelter from the immediate dangers of the war, it meant starting a new life. Bilal was lucky enough to find work as a chef, but it meant pulling 13-hour days for pay that amounted to only about $400 a month. Bilal and Hiba often struggled to make ends meet, and paying rent meant they were not always able to afford food, medication for the children when they fell ill, was usually beyond their means. Fortunately, they were not entirely alone. Bilal’s brother, Abdul-Raman, had also fled to Tripoli with his wife and five children, and it was through him that Bilal and his family would ultimately escape to safety in Canada. Donna Kalailieff, who has been co-ordinating the St James and St Brendan refugee sponsorship group since September, said they had originally planned on sponsoring only one family – that of Bilal’s brother. But after Abdul-Raman explained to Kalailieff over the phone that he would not feel right leaving Bilal and Hiba and their children behind, she spoke to Hurkmans about the possibility of sponsoring both families. The idea to sponsor a refugee family arose in spring, after Hurkmans learned that the diocese had decided to celebrate its 140th anniversary by sponsoring 50 refugees. He had been preaching a series of sermons on the biblical responsibility for those who have wealth to also be “rich in good deeds,” and the message of sacrificial giving and the call to raise money for refugee sponsorship struck a chord in the congregation. In the meantime, Bilal and Hiba are busy settling into their new life in Canada. Speaking through the interpreter, Bilal and Hiba said their dreams for their new life in Canada are simple. “I want my children to have bright futures, and I feel that they have that opportunity now,” said Hiba. “Just to be healthy, just to be happy and safe and not to be afraid.”
(Source: http://www.anglicannews.org/news/2016/01/church-sponsored-refugees-arrive-in-canadas-port-colborne.aspx) 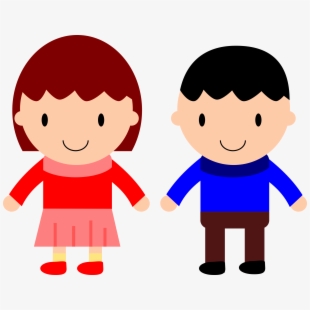