Firmly entrenched political families are raising bogey of communal harassment in Shamli district to explain exodus of people. The fact is that they themselves are responsible for systematically wrecking the local economy. 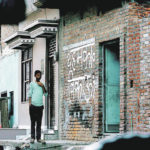 Much has been written about Hindu exodus from Kairana and Kandhla towns in Shamli district of Uttar Pradesh. But the truth is yet to be said. Circumstances in the region do not allow the local media and even those scribes who access the region from capital Delhi to highlight the grim realities of the area while remaining safe.
It was on June 1 that a list of 347 Hindu families was released by BJP Member of Parliament Hukum Singh who represents the Kairana constituency. He alleged that Hindu residents from the town were migrating en masse from Kairana and Kandhla towns due to communal harassment. He had also alleged that the area had turned into “yet another Kashmir”. The BJP-leaned Hindi newsapapers splashed it across their headlines. But newspapers such as the Indian Express, The Hindu and several English media wouldn’t bite the bait. Some investigative reporting revealed that migration was due to economic reasons and was an endemic problem afflicting these towns and it were economic miseries that were triggering migrations and the migrants included both Hindus as well as Muslims. Some mist was indeed cleared and Hukum Singh had to partially backtrack and correct himself. Yet the Hindi newspapers kept up the refrain and splashed pictures of houses of Hindu residents scrawled with messages ‘yeh ghar bikau hai” (‘this house is for sale’). Ostensibly, the message had been scrawled by the goons hired by the forces interested in causing a communal divide. The owners had to clarify that their migration from the town owed itself to economic misery and they were not intent upon selling their properties.
By now it is almost clear that migrants include both Hindus and Muslim, more of the latter than the former. But it would be wholly untrue to lay the blame solely on economic miseries. Several sources to which Islamic Voice spoke to, point fingers to the goondagardi (rowdyism) and dadagiri (bossism) that prevails in the area. And they point fingers at two families who have dominated the political landscape of the region. Both belong to the Gujjar communities, one to the Muslim Gujjars and another Hindu Gujjars. They have been changing political parties as per the popular mood but have been careful in protecting each others’ political interests.

Total Economic Ruin
Sharad Malik, reporter of the Aaj Tak TV channel in Shamli says, the issue has nothing to do with bad blood between Hindus and Muslims. They have lived in harmony in the area that lies straddling the River Yamuna. Yamuna acts as the dividing line between Haryana on western side of the river and Uttar Pradesh on the eastern side. While the people on the Haryana side have prospered with thousands of powerlooms, factories and industries coming up there, the people of Shamli district (of which Kairana and Kandhla towns are part of) on the UP side have been impoverished over the years due to extremely anarchic conditions. The two families rule the roost when it comes to law and order and have the last word on who has to be behind the bars. They control gangs of anti-social elements who can murder people at will and remain safe from the arms of the law. No business can flourish in the area without paying rangdari (protection money) to the ring leaders who extort money from one and all. The colleges in the area merely admit students and conduct exams. No classes are held. Principals dare not demand fee from the children of the overlords. Teachers and lecturers get beaten up without reason by hooligans. Girl students avoid higher education for fear of being lifted by goons on the way. The area used to have two large sugar factories decades ago. They had to shut shop as extortionists would press for rangdari off and on. Sugarcane farmers have abandoned the farming as there are no takers for their crop.

Heyday for Extortionists
Several units that made Gur (jaggery), petrol pumps and foundries have wound up businesses in the past due to harassment from the gangs of the extortionists who enjoy patronage of the political families. Any police officer who dared to break the gangs was transferred immediately as these families with representation in Assembly or cabinets built up pressure on the state administration. Police Superintendent Pawan Kumar fell victim to their machinations in the past and now they are reaching for the jugular of Vijay Bhushan who is a nightmare for the rowdies.

Rozgar Induced Migration
Mohammad Ali, who heads the Majlis Ahrarrul Islam’s UP unit told Islamic Voice that bleak economic prospects have forced people to migrate to towns of Haryana across the Yamuna river where looms and other manufacturing units are having a boom time. According to Ali, nearly 3,000 people from Kandhla and Kairana go to work in industrial units in Panipat, Karnal, Sonipat, Yamunanagar, Dehradun, Ludhiana, Rishikesh and Meerut daily while nearly 5,000 people have shifted their residences to those worksites. “These include both Hindus and Muslims, and there is no scope for singling out only Hindus”, he added.

Bleak Prospects
Mustaqeem Mallah, president of the Akhil Bhartiya Mallah Samiti says rampant unemployment has encouraged youth to take to narcotics. The narcotics peddlers are having a heyday and turning the youth into physical wrecks. He however paints a pathetic picture of the Muslim community which has not produced even 20 graduates from among its 20,000 people while Hindus are better placed in matters of education of their younger generation and were able to get into bureaucracy. He also holds the two powerful political families for economic ruin of the region, which he says drives people out of the towns to places with better economic prospects. Mallah says families of erstwhile nobles like Nadir Ali and Hyder Ali who have lands worth crores in the area, too have shifted out of the towns and running roaring construction businesses in far off towns.

No Communal antipathy
Mallah rules out the element of communal antipathy to be the reason behind exodus of people. He said there have been longstanding Hindu-Muslim business partnerships which have withstood the vicissitudes of time. He cites the example of Lala Ramdas who lived in Ramada village near Kairana. His daughter Suneetha was getting married on a day coinciding with Bakrid in the year 2000. Ramdas was the lone Hindu resident of the village. The Muslim elders of the village decided not to sacrifice animals on that Bakrid, lest it put the members of Baraat (marriage party) to inconvenience. Lala’s son shifted out to Panipat for business but Lala kept the vow of remaining in the village till he breathed his last. People fondly called him ‘Mama’. When he died, it were Muslims who organized his last rites. Citing the instance, Mallah says, one could scarcely imagine these well-knit communities to suddenly turn against each other. “The BJP is sowing the seeds of enmity among Hindus and Muslims, and the two powerful families are fanning fears and fomenting phobias with an eye over approaching Assembly elections”, he adds.
Firmly Entrenched
If Hukum Singh is Member of Parliament representing Kairana constituency, it is Nahid Hassan who represents the Kairana Assembly constituency on Samajwadi Party (SP) ticket. Hukum Singh, who retired from the army after a distinguished service, is grooming his daughter for the UP election while Nahid Hassan is disenchanted with SP bigwigs and looking for excuses to get out of the SP and join the BSP. He is frustrated over being denied a cabinet berth by Akhilesh Yadav and may be looking for excuses to leave the party. Communal polarization helps both parties as the majority community would lean towards the BJP and the minority voters would have nowhere else to go than to the vote for some member of the same family that has entrenched itself into power. The two families represent two strands of descendants from a Hindu Gujjar patriarch three generations ago. It is pointed out that one of the sons of the patriarch had decided to embrace Islam while the other remained a Hindu. Hukum Singh and Munawar Hassan represented the two strands. Hukum singh was elected to the UP Assembly seven times from the Kairana seat while Munawar Hassan, father of present MLA Nahid Hassan, had two elected tenures. Even Munawar’s father Akhtar Hassan had represented the Kairana seat in Lok Sabha for one term, i.e., 1984-89.

All that could be said is that the things are not what they appear. Communal harassment from a particular community is merely a bogey being invoked by politicians who have their interests to be promoted or safeguarded. In the cut-throat political race, they feel no qualms in even sacrificing the social coherence and communal harmony, after having rendered the region economically bankrupt and socially sterile.
(Note: All sources were accessed over phone. ‘Mallah’ means boat rowers. In several North Indian states ‘Mallah’ is a caste grouping as well as an occupational group.)