SIGAR Report does not present a rosy picture. Talibans still control 33 districts, while the Government’s authority is contested in another 116 districts. 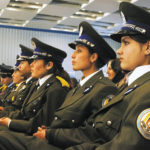 Over five thousand persons were killed in violence in Afghanistan during the first eight months of the current year. The US Department of Defence (DoD) Report says another nine thousand persons were injured during incidence of violence involving Talibans, who have been constantly challenging the authority of the elected Government of Afghanistan. The Report known as Special Inspector General of Afghanistan Reconstruction (SIGAR) puts the number of killings at 5,523 between January 1 and August 31 this year. The Report is released every quarter by the DoD.

101 Taliban Attacks
The Report says the Government forces lost 2.2% of the officially controlled area of the country to the Talibans during the period. Of the State’s 407 districts, the Government controls 258 districts while the rebels, mainly Talibans control 33 districts while the State’s forces and rebels are fighting for control of 116 districts. It is estimated that ‘ghosts’ within the official forces launched 101 attacks on the State’s forces between January 2015 and August 2016. Over 250 personnel of the State’s forces were killed and another 125 were wounded in these attacks. The Report reveals that cities of Kunduz and capital Helmand were close to being occupied by the Talibans during the period. It concludes that “the insurgency is the most immediate and visible threat to a viable central government in Afghanistan”. The UN recorded 5,996 security incidents between May 20, and August 15, 2016, as reflected in Figure 3.26, representing a 4.7% increase as compared to the same period last year, and a 3.6% decrease against the same period in 2014.

13,453 Foreign Troops
According to DOD, the NATO-led Resolute Support (RS) train, advise, and assist mission consists of 13,453 U.S. and Coalition personnel as of September 17, 2016. Of that number, 6,939 are troops belonging to U.S. forces, 4,934 are from the 26 NATO allied partners, and 1,580 are from the 12 non-NATO partner nations. The number of U.S. forces conducting or supporting counterterrorism operations was not provided.
It says the US Government spent almost one billion dollars for the education and development of Afghan women since 2006 but the net results show that there has been a decline in opportunities for women in education and politics in comparison to statistics of 2006. It finds vast difference in opportunities between genders in matters of employment, movement within and outside the country, education and investment.

Women’s Reservation 27%
In 2013, the Ministry of Education reported that 71% of girls were enrolled in primary school, 40% in lower secondary school, and 28% in upper secondary school. SIGAR could not verify the ministry’s numbers, but a USAID assessment recently found that the ministry’s data collection system had made “substantial” progress in the last five years. According to Wazma Frogh, gender advisor to the Ministry of Defence, 27% of the Lower House seats in Afghan Parliament and 28% seats in Upper House are now reserved for women and no country has seen so much of advancement in the conditions of women as Afghanistan between 2001 and 2015. There are four women in Ghani cabinet. President Ghani nominated a woman, Anisa Rasooli for the post of a judge of the country’s Supreme Court, but the Parliament could not approve of her appointment. If all the 69 women members had voted for her, she would have been confirmed in the post, but surprisingly 23 of the 69 were absent on the day of voting.
Curiously, the Report confesses that the communists who ruled from 1978 to 1992 aggressively promoted women’s liberation in the cities of Kabul, Herat, and Mazar-e-Sharif. As of 1988, women made up nearly 19% of government staff. The U.S.-backed ‘mujahedeen’ who fought the Soviet-backed government opposed these efforts. The mujahedeen’s 1992 overthrow of President Mohammed Najibullah reversed women’s status overnight. Then, the Taliban who replaced the mujahedeen in 1996, made it illegal for women to study, work, or leave the home without being fully veiled and in the company of a male guardian.
It says nearly 85,000 Afghan citizens applied for asylum in European Union countries during this period. There was 83% increase in asylum seekers from Afghanistan during April-June 2016 in comparison to the corresponding period in 2015. The DoD report says the United States has spent $115 billion on reconstruction in Afghanistan since 2002. Of this, $67 billion have gone into building security set-up, $32 billion for governance and development, $3.04 billion for humanitarian aid, and 10.08 billion into civilian operations.

Corruption in Conflict
Next to insurgency, corruption is second most stumbling block in development of Afghanistan, which it said was ‘difficult to defeat and pin down’.

Refugees Returning
According to the Government sources, Afghan refugees are returning in greater numbers to the home country. Between January and June this year only 7,084 refugees returned to Afghanistan. These were those who held Pakistani Proof of Residency (POR) but since July over 115,000 refugees were repatriated. The Home Ministry expects that during the entire year (2016), 221,000 refugees could return. But internal displacements are reported to be on the rise. The population of internally displaced people in Afghanistan currently stands at 1.2 million. n
(The report is an extract from the 270-page SIGAR Report on Afghanistan. It is updated every quarter. The full report can be seen on: https://www.sigar.mil/pdf/quarterlyreports/2016-10-30qr.pdf)