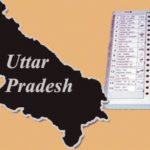 Lucknow: It is now apparent that the BJP scored a landslide victory in Uttar Pradesh. Whether Muslims would vote tactically or not, was not the BJP’s concern. It steamrolled through the canvassing by polarizing the voters on religious lines, and the Muslims had no inkling of the strategy prior to the elections.
Analysis of the constituency-wise voting reveals that of the 82 Assembly constituencies which are generally said to be Muslim-dominated (with over 30% Muslim voters), 62 have elected MLAs from the BJP. Among them is the Deoband seat in Saharanpur district, which has elected a BJP member for the first time.
The number of Muslims getting elected to the Assembly has come down from 69 in the previous Assembly to 25 this time. Of these, 18 belong to the Samajwadi Party (SP), five to the Bahujan Samaj Party (BSP) and two represent the Congress. In 2012, SP had 43 Muslim MLAs, BSP 15, Congress four, Qaumi Ekta Dal two, Peace Party three and Indian Muslim Council one.
It is quite usual to attribute the BJP’s victory to the split of Muslim votes among Muslim candidates fielded by two or more other parties. This is a common complaint since the early 1990s, when the Congress lost the favour of the community following demolition of the Babri Masjid in Ayodhya in 1992. But even more tragic is the fact that the community has not been able to consolidate behind one winnable secular party candidate in the State.

Post-election grieving over split in Muslim votes cannot be blamed on political parties. It is for the Muslim community to develop a mechanism to identify the best choice for the community and reach every individual Muslim voter in the constituency and persuade him to cast his or her vote in his or her favour. This is possible now that most households are accessible over social media on android phones. But any such a mechanism takes a few years to gain credibility and the work for the next election must begin now. The people behind such exercise should have wider contacts at each constituency to gauge the social complexion of the electorate and should themselves remain apolitical while providing political guidance. Any mobilization on the election eve does not carry much credibility and is all likely to be suspected as another ploy by political vested interests.
In the absence of such a mechanism, complaining over split of votes is all likely to assume a familiar ring and become trite over a period. And let it be said that it will not be possible for any madrasa or Muslim Jamaat to organize an apolitical platform whereby the Muslim voters could be persuaded to vote for an identified candidate in a particular Assembly segment. The reins of such a mechanism must be in the hands of social activists who are politically aware yet selfless and dispassionate, who can raise a statewide network and who can remain devoted to the cause of guiding tactical votes.