Freedom consists of being free from enslavement to anything or anyone other than one’s real Master – God.

“Say (0 Muhammad), ‘Verily, my prayer and my worship, my life and death, are for God, the Lord of the worlds. He has no associate (in His divinity). This I am commanded, and I am the first of those who submit.’ Say: ‘Shall I seek for a lord other than God when He is the Lord of all things?’ Every soul draws the earning (of its acts) on none but itself. No bearer of burdens can hear the burden of another. In the end you will all return to God: then He will tell you about that concerning which you differed. It is He Who has made you vicegerents of the earth and has raised some of you above others in rank so that He may test you in what He has given you. Indeed, your Lord is swift in punishment, yet He is indeed the Forgiving, the Merciful.” (6:162-165)

March 21, 2019
I’ve spent a lifetime scared, in a series of compulsive and subtle ways, of embracing myself. The refined energy o... More

October 15, 2018
I started praying at the age of five and my mother taught me how to tackle challenges with the help of my faith. By Bazi... More

September 15, 2018
By Roshan Shah The other day I was sitting on the floor in a community kitchen at a place of worship, waiting for lunch ... More

June 5, 2018
By ‘Tabassum’ Dear brothers and sisters in God! I’d like to share with you something that I find very useful. It’s about... More
Prev Post Words of Wisdom - Virtues of Prayer
Next Post Making Peace with Yourself 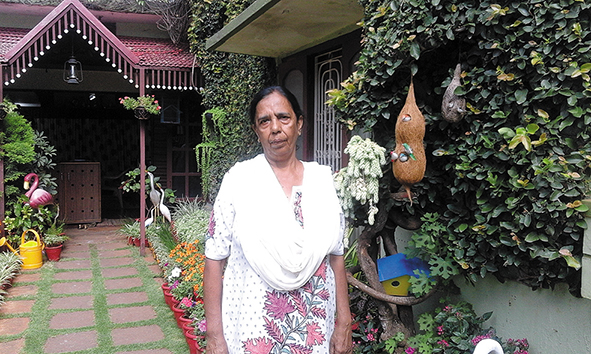