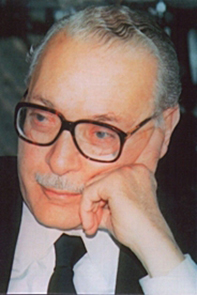 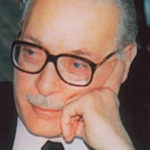 “In my later years, and after a long life learning religion and trying to abide by it, I came to a precious conclusion that I consider the core of my faith as a Muslim, and I am sure members of other faiths reach the same conclusion if they think clearly about it. I no more primarily divide people into eastern and western, black and white, relative and stranger, rich and poor or even Muslims, Christians, Jew or otherwise. The basic division is people with a loving heart and those with a hating heart […]
“It is my firm belief that people wishing to serve God should exemplify and preach love. It is not the winning of a number of people making them convert to a certain faith or sect that really pleases God […] [W]hat pleases God is to convert hating people into loving people and this should be the primary message of those who claim to be the people of God. Competition between missionaries of different faiths should not dwindle into enlisting more and more people into their faith. The primary duty is to convert hating hearts to loving hearts even within their own ranks and followers.”
(Hassan Hathout, Thus Shall I Stand Before God)
(Hassan Hathout (1924-2009) was a Muslim doctor and professor of medicine who lived in Britain, the Middle East, and the USA. Frequently referred to as having an encyclopedic personality, he was also an Islamic theologian, speaker, writer and poet. A Medical School professor, he had degrees and certifications from the University of Edinburgh, the Royal College of Surgeons, the Royal College of Obstetricians and Gynecologists, the American College of Surgeons, the International Federation of Obstetricians and Gynecologists. He was also a member of the World Health Organization’s committee on the ethics of human reproduction.
Hassan Hathout’s focal interests included Islamic studies, interfaith work, highlighting the sanctity of human life, medical ethics and work to reverse the arms race. He was buried in Whittier, California, USA, where his tombstone is engraved as: “Hassan Hathout. Man of God. Man of Science. Man of Love.”