Palestinian Researcher receives two Patents for a drug that promises to cure Alzheimer’s By Muhammed Aladdin Thabat Khatib, a Palestinian Neuroscience Researcher, has had an idea of developing a drug with a new formulation that would combat dementia in the elderly. Her dream of finding a cure to one of the most common, incurable diseases […]

By Muhammed Aladdin
Thabat Khatib, a Palestinian Neuroscience Researcher, has had an idea of developing a drug with a new formulation that would combat dementia in the elderly. Her dream of finding a cure to one of the most common, incurable diseases in the world, Alzheimer’s, had just begun. The Palestinian scientist has led an academically-promising life; Khatib graduated from the Arab American high school in Jenin in 2009 with a success rate of 98%. She then joined the Biology and Biotechnology program at the Faculty of Science and Arts in the Arab American University, graduating with a grade-point-average of 3.95. Most people would stop at this point, but the aspiring neurologist has chosen to continue and applied for the Masters Programs at the Life Sciences Department at Al-Najah University, graduating with a rate of 4. Her pursuit of a Ph.D. saw her submitting applications to a number of European universities; the University of Aberdeen, the fifth oldest university in Britain, approved her application and provided her with a scholarship to follow her passion at the Faculty of Medicine. In 2018, in just three years, she earned her Ph.D. and went on to work as a post-doctoral researcher at Aberdeen University’s Neuroscience department. She has found passion in the neuroscience field and looked to find clinical cures and drugs to the diseases of the nervous system, especially Alzheimer’s, a type of dementia that affects 50 million people worldwide.
During one of her experiments, Khatib noticed that many older people who are diagnosed with Alzheimer’s disease lack a chemical substance called retinoic acid, which causes a malfunction in the efficiency of the nervous system’s neurons. The body cannot produce this chemical on its own and must acquire it from Vitamin A.; Khatib’s idea was to synthetically-manufacture a more effective, more powerful form of retinoic acid in the form of a drug. Her work has secured more than EUR 400,000 in funding to the university, and she received the green light to begin drug preparations at the laboratory, as well as two patents for the idea.
Khatib stated that she hopes that clinical human trials would commence soon. “If everything goes smoothly, it will be the first drug of its kind in the world in terms of formulation and function and will benefit patients on a larger scale,” she stated.
The scientist hopes that one day she can return to her homeland to teach and inspire younger girls in Palestine and the Arab world to pursue their dreams no matter the obstacles they face.
She had this to say when asked about her advice to students, “You should believe in yourselves and in your abilities and not give up regardless of the challenges you may face. With hard work and faith, you can achieve your dreams and do what is impossible.”
(scoopempire.com)

September 14, 2019
Ayesha Noor, a 21-year-old Karate champion from the slums of Kolkata, will be representing India in an upcoming internat... More
Prev Post NEW ARRIVALS
Next Post Majd Mashharawi

Difference between Arctic and Antarctic 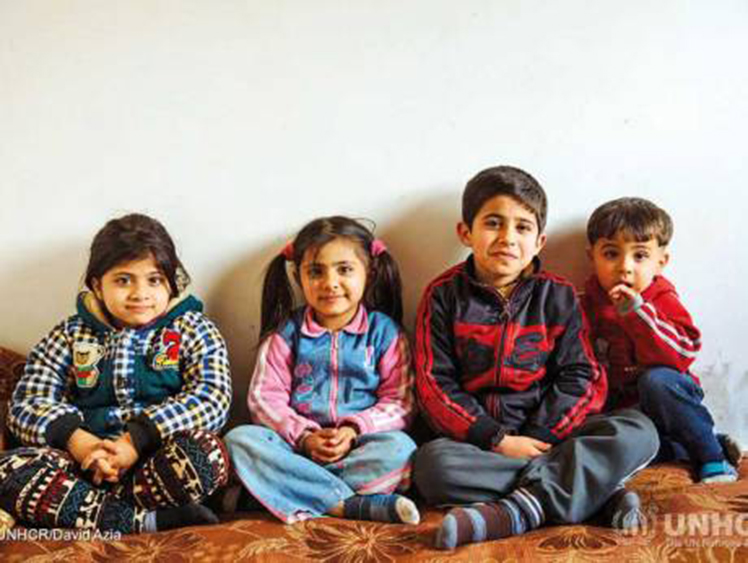