Islamic Belief in Angels and Their Attributes

Q: My non-Muslim friends ask me about the Islamic belief in angels. Can you please explain the concept of belief in angels so that I can impart authentic knowledge to them about this?
Answered by:Shaikh Salih Bin Fawzan

A: The belief in the angels is one of the pillars of faith (Iman).
What belief in the angels entails is: Believing in their existence and believing in the duties that they carry out in the universe.
So the angels are one of Allah’s creations, which He created for the purpose of worshipping Him and carrying out His orders in the universe.
We do not see them, yet we believe in them with a firm resolution that doubt cannot penetrate. This is since Allah has informed us about them, and likewise, His Messenger Prophet Muhammad (Pbuh) has informed us about them in such a definitive manner that causes us to believe in them.
The Angels were created from light, as is reported in a Hadith that Allah created the angels from light. No one knows how many in number the angels are, their manner of being or their nature except for Allah.
In Islam they are marked by their several attributes. First of all, they are the greatest of Allah’s armies. Allah Almighty says: “And to Allah belongs the armies of the heavens and the earth.” (Qur’an, 48:4)
And while talking about the guardians of the Hellfire, He mentioned: “Over it are nineteen (angels).” (Qur’an, 74:30) And He says: “And We have set none but angels as guardians of the Hellfire, and We have not made their number (i.e. 19) except as a trial for those who disbelieve.”(Qur’an, 74: 31)
This means that there are 19 angels guarding the Hellfire, they maintain it, guard it, kindle it and are entrusted with its affairs.
Secondly, the angels have great physical composure, as Allah mentioned this about them in His saying: “All praise is for Allah, the Originator of the heavens and the earth, who made the angels, messengers with wings, two or three or four.” (Qur’an, 35:1)

Angels Possess Great Power
This means that there are some angels that have two wings, some that have three and some that have four. And there are some angels that have more wings than that. Thirdly, the angels possess great power, by Allah’s permission. What indicates their great strength is that if Allah commands just one of them, then indeed he is able to let out an awful cry in the world, thus destroying the creation, as occurred with the people of Thamud, who were seized by a loud scream. So in spite of Thamood’s power and might, they became like dried-up straws as a result of one loud cry from one of the angels. Allah also commanded Angel Jibreel to raise up the towns of the people of Loot, and they were seven cities in which could be found humans, buildings, goods and animals.
There is also the angel Israfil, the angel that is entrusted with blowing the Trumpet. What is meant by the Trumpet is a horn that will gather the souls of the sons of Adam (i.e. humans), from the first of them to the last of them. Then Israfil will blow one time on the Trumpet, and the souls will fly about due to this blow of the horn, going back to their bodies.
Allah says: “And the trumpet will be blown and all who are in the heavens and in the earth will swoon away except for he, whom Allah wills.” (Qur’an, 39:68). Swooning away means to die. Then he will blow on the Trumpet again, which is known as the Blow of Resurrection, “and behold, they will be standing, looking.” (Qur’an, 39:68)
This is just one of Allah’s angels, and this is just one of his duties, which Allah has ordered him to carry out.
Allah says: “Rather, they are honorable slaves. They speak not until He has spoken, and they act on His Command. He knows what is before them and what is after them. And they cannot intercede except for him with whom He is pleased. And they stand in awe for fear of Him.” (Qur’an, 21:26-28).
(Sincerehearts.nl)

January 15, 2019
Sheima Salam Sumer, earned her Master’s degree in Counselor Education from the University of South Carolina. She has wor... More
Prev Post Breaking Barriers
Next Post One Must Always be Open to Change 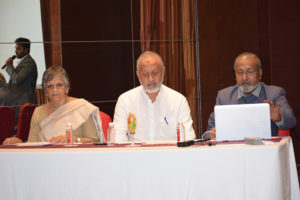