The desperate search for healing can help propel vast numbers of people to transcend deep-rooted boundaries of community, creed and caste and connect people from different faith backgrounds. 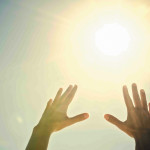 Recently, my friend Reshma’s father came down with pneumonia and was taken to hospital. When I met Reshma the other day, she handed me some money and said, “It’s sadaqa in the name of my father.” She requested me to use the money to buy some eateries for a group of labourers who are presently doing some construction work in my mother’s house.
Giving sadaqa”the word means ‘charity’ in Urdu”in the name of a person who is ill in the hope that this might help cure him or her is a practice in Reshma’s Muslim family. In helping others, you help yourself and your family”that may be the logic behind it.

Lovely, isn’t it?
I did as Reshma had requested: I bought some things to eat with the money and shared them with the workers. Most of the workers were Hindus. I know that at least one of them was Catholic. Probably none was Muslim. But this wasn’t of any concern to Reshma. As long as the sadaqa benefitted someone, it had played its role in her father’s healing”it didn’t matter to her what religious community those who benefitted from it happened to belong to.

Passing through a Turbulent Phase
It was a lovely instance of what you might call ‘interfaith healing’, don’t you think?
That incident set me thinking about other instances of ‘interfaith healing’ that I’ve personally witnessed over the years. There have been many, I discovered to my surprise and delight as I gave the issue more thought.
All across India, I was to later discover, there are literally thousands of Sufi shrines that attract vast numbers of people from different faith backgrounds in search of a cure to various ailments. Don’t ask me if this works”I haven’t a clue”but I do know one thing: that it shows how illness and the desperate search for healing can help propel vast numbers of people to transcend deep-rooted boundaries of community, creed and caste and connect people from different faith backgrounds. And that transcending can in itself, I think, be a very beautiful thing.
Another form of ‘interfaith healing’ that I’ve witnessed”and there have been so many instances of it I just can’t keep count”is of people, inspired by their faith, helping others from religious backgrounds other than their own with monetary and other such help for medical treatment. There is, for instance, the head of a Hindu ashram I know who sent a generous donation for a Muslim who desperately needed money for dialysis treatment. There is this Muslim friend of mine who gave a good part of her zakat this year to a Catholic woman who works as a maid in someone else’s house to help her meet her son’s hospital expenses. And there’s that Catholic priest in Kerala I’ve read about and would love to meet some day who donated his own kidney to a Muslim man who was in urgent need of one whom he happened to meet while travelling on a bus (To know more about this amazing man, see http://www.iarfsacc.org/news/articles/40.html).

Praying for Recovery
‘Interfaith healing’ can take the form of requesting people from other faith traditions to pray for the sick”for oneself or one’s relatives and friends. When I heard that my father had been rushed to the intensive care unit of a hospital”I was in Delhi then and my father in Bangalore”I pleaded with a group of Catholic nuns who happened to be around to pray for his recovery. Once, when my mother was in hospital, I turned to a Muslim man who has some interest in Sufism to pray for her. On that same occasion, a Muslim friend of mine arranged for a group of Muslim students to make special supplications for her.
There are organizations where employees regularly get together and pray for the sick, irrespective of religion. At a Christian-run interfaith centre in Hyderabad where I had the good fortune of spending some time, members of the staff, who are from different religious and caste backgrounds, get together every day for an early morning meditation, which also includes praying for members of their families who might be sick.
And then there are the monks in a Buddhist vihar that I’ve visited, who pray not just for fellow Buddhists alone but for people of all faiths and none”for all of us are ‘sick’ in some way or the other, physically, mentally, emotionally or spiritually, and in need of healing. And they pray not just for people but for all sentient beings.
“May all beings be happy! May all beings be peaceful! May all beings be safe from harm and suffering! May all beings attain enlightenment!” the monks chant, sending out blessings of healing to one and all, beyond all boundaries”of caste, community, creed, nation and even species!