Ram Puniyani on Divisive Propaganda – No Ground for Fanning Bigotry

Social activist and former IIT-Bombay professor Ram Puniyani exposes the fallacy of dividing history into neat Hindu-Muslim compartments and the dangers it poses to the social fabric. The script is based on his speech in a university and available on the social media like what’sapp. 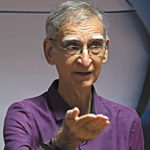 Once, Maratha forces attacked the kingdom of Tipu Sultan. The battle ended without a decisive outcome. You can say it ended on a tie as we term it in cricket. The Maratha forces were furious that they could not defeat Tipu Sultan. While withdrawing from the battlefield, they vandalized the Sriranganatha Temple in Srirangapatna. Tipu got it repaired.

Sacred and Sacrilege
Now the question we need to ask whether Maratha forces vandalized the temple to commit sacrilege to a Hindu temple and downgrade Hinduism or to show contempt towards Tipu Sultan? Obviously, it was to defame Tipu Sultan. Next question: Did Tipu Sultan repair the temple to honour Hinduism or was he being sensitive to the religious sentiments of his Hindu subjects? Obviously, he wanted to show that he cared for the religious sentiments of Hindu subjects.
Now look at the case of renaming the Akbar Road in Delhi, named after the greatest of the Mughal emperors, Jalaluddin Akbar. The Municipal Council of Delhi wants to rename it after Maharana Pratap, who was engaged in a conflict with Akbar. They are merely trying to draw a line between Akbar, whose ancestors came from alien land and became the emperor of India, while Maharana Pratap was a local chieftain and was a Hindu. What they are attempting is to downgrade Akbar and elevate Maharana Pratap.

No Supremacy of Faith
Now you look at the two forces which came face to face in the battlefield of Haldighati. Akbar’s forces were being led by Raja Mansingh as the commander-in chief, while Rana Pratap’s forces were led by his confidante Hakeem Khan Sur. More interestingly, Shehzada Saleem, son of emperor Akbar, was serving as assistant of Raja Mansingh, and Akbar himself did not participate in the conflict. Bollywood has turned Prince Saleem into the main character in two famous films i.e., Mughal e Azam and Anarkali. Look! There were Hindus and Muslims in both forces. Now we should question if this battle was being fought for the supremacy of religion, between Hindus or Muslims, or if it was for expanding the domain of their power. There cannot be any doubt that they were not fighting for religion but for power.
Shivaji’s Directives
It was simply a tussle for power, and does not require a weird logic of Hindu-Muslim conflict. Now look at the conflict between emperor Aurangzeb and Shivaji Maharaj.
Shivaji Maharaj ordered that Aurangzeb’s treasure house in Surat in Gujarat should be attacked. He dispatched forces for the purpose but gave them three distinct commands. “While traveling to Surat, you will come upon the Dargah of Baba Hazrat Ji. Neither attack it nor commit any sacrilege to it. Instead, make this offering on my behalf on his dargah. You will also come upon the Shrine of Father Ambrose Pinto in Surat during the military expedition. You should neither harm it nor commit anything disrespectful. And if you get the religious scriptures of any other religion, hand it over to the believers of those religion with all respect.”
Why are we fighting over Hindu and Muslim when the kings and emperors fought for power rather than religion? And let me tell you how Shivaji Maharaj is being associated with Hinduism today while twelve of his leading commanders were Muslims.
Power Tug-of-war
Now let us come back to Tipu Sultan. He is the only Indian king who was killed while fighting against the British, none else. And he was a Muslim. But his Diwan (prime minister) and commander-in-chief were Hindus. Now that it is clear that people fought in early ages not because they were Hindus and Muslims, but were made to fight on the side of their kings who wanted to grab power.

Revenge for Sati
I was a bit shocked. Then I thought of an analogy. I told him that women in the medieval India were made to sit on the funeral pyre of their dead husbands and commit Sati. Then I told the young man that now a group of women has risen up and is demanding that atrocities against women be avenged from the men today. They want to initiate Sata rites against men. Will it be okay? The young man fell silent and his swollen chest deflated.
Now the moral! We should look at the good aspects of history as to how people increased production? How did they live in those days? What were the sources of exploitation? Today, policies should be framed in a manner that exploitation can end.
Let us be reminded that ancient India and medieval India were not nation-states but were kingdoms. So all that debate on Hindu-Muslim differences or battles between the kings do not form any basis for policies today. Nationalism came into existence only after the British colonialism had firmed up its grip on India. The Hindus and Muslims interacted creatively in the medieval period in the field of literature, music, arts and crafts and gave rise to a composite culture.
The English historians dubbed the medieval India as ‘an era of darkness’ and today the Hindu rashtravadis are also committing the same mistake. We need to build a new India on the basis of humanity and humane values. Let us not look at the history from a narrow prism of communal bias and prejudice.
(Source: Ram Puniyani’s lecture at a college in Delhi which went viral on What’sapp. Excerpts from it here have been translated from Hindi by Maqbool Ahmed Siraj)

‘School of Vision’ at Gulbarga 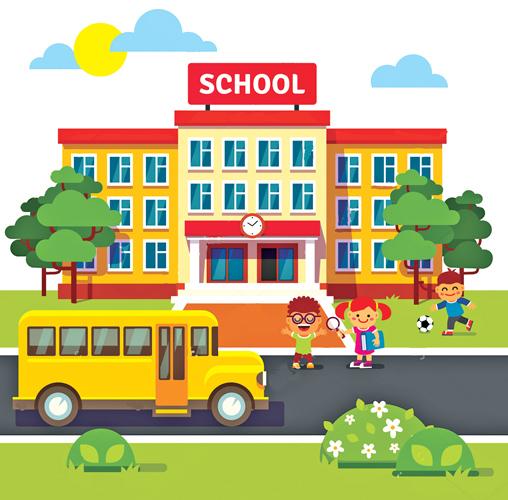