Hope of Revival for Urdu in Uttar Pradesh

By Maqbool Ahmed Siraj
In a significant ruling in early September the Supreme Court has allowed State Governments to declare any language used widely in the State as an official language and the right does not restrain the government from declaring more than one languages as official languages. The ruling has removed restriction from Urdu being the second official language in Uttar Pradesh, the erstwhile birthplace and bastion of Urdu. The ruling has the effect of putting its stamp of approval on Urdu being the second official language of Uttar Pradesh and endorsing the linguistic and cultural diversity of States and the State Government’s right to use more than one language as the official medium of communication.
The SC ruling will have a far-reaching impact inasmuch as it will grant the power of introduction of Urdu as a medium of official communication thereby creating thousands of vacancies for Urdu-knowing persons as translators, teachers, interpreters, and allowing its use for official advertisements, communiqués and Government Orders (GOs). The matter had been under litigation for nearly a quarter century.
Provision for more than one
The apex court passed the order on a petition by the Uttar Pradesh Hindi Sahitya Sammelan which had approached the court against the introduction of Urdu as the second official language of the State on October 7, 1989 through an amendment passed by the UP Assembly. The bench was headed by Chief Justice of India Justice R. M. Lodha and had Justices Messrs Dipak Misra, Madan B. Lokur, Kurian Joseph and S. A. Bobde. The ruling cited the precedent of Bihar, Haryana, Delhi, Jharkhand, Madhya Pradesh and Uttarakhand where languages other than Hindi too were being used as official languages.
It may be noted that Urdu is the second official language in Bihar and has the same status in Delhi where even Punjabi is used for official communication. Even the new state of Telengana has declared Urdu as the second official language.
Linguistic Secularism
The Court observed that “law and languages are both organic in their mode of development. In India, these are evolving through the process of accepting legitimate aspirations of the speakers of different languages. Indian language laws are not rigid but accommodative, the object being to secure linguistic secularism.” It also clarified that Article 345 of the Constitution clearly laid down that “the Legislature of a State may by law adopt any one or more of the languages in use in the State or Hindi as the language or languages to be used for all for any of the official purposes of that State.”
Secular Heritage
It is useful to be reminded that Urdu suffered the worst fate in Uttar Pradesh which is home to as many as three crore Muslims who have traditionally used Urdu for speaking as well as medium of written expression. The state produced eminent writers, poets and critics of Urdu such as Munshi Premchand, Majaz Lucknowi, Jigar Muradabadi, Braj Narain Chakbast, Mir Taqui Meer, Mirza Dabeer, Mirza Anees, Raghupati Sahay Firaq Gorakhpuri, Bal Mukund Arsh Malsiani and publishers such as Munshi Nawal Kishore who straddled the religious divide. For the first 40 years after Independence UP remained practically the Hindi-only State with provision of teaching no language other than Hindi in Government schools.
But it is to be seen as to how the State’s vast Muslim populace would work for the revival of Urdu as nearly three generations of modern educated Muslims have grown unaware of Urdu. The generation gap is likely to cause serious problems in finding users of official facilities for the language. The ruling has brightened the prospect for teaching of Urdu and employment for Urdu-knowing persons. The State has witnessed a massive gap between Urdu-knowing generation and those who would be willing to learn the language now. This yawning discontinuity may hamper the progress of the language as there may be a situation where there would be no takers for these facilities even if the administration is willing to create opportunities for the language.
The October 7, 1989 Notification by the last of the Congress governments in the State had specified seven different objects for which Urdu would be used:
1- Acceptance of petitions in Urdu and issuance of their replies in Urdu.
2- Acceptance of Urdu documents in courts
3- Publication of all important rules, regulations, notifications in Urdu.
4- Issuance of all circulars and Government Orders (GOs) in Urdu.
5- Publication of important official advertisements in Urdu
6- Publication of the State Gazette in Urdu
7- Putting up official signboards in Urdu.
The Apex court has thus put a lid over the debate that only a single language deserves to be the official language of a particular state and has clarified that Article 345 of the Constitution does not bar adoption of more than one languages for official use.

October 14, 2019
There could not have been a better choice than Ravish Kumar for this year’s Magsaysay Award. Ravish has demonstrated exe... More
Prev Post Humanitarian Appeal for Flood Victims of Jammu & Kashmir State
Next Post Cooking His Way to Contentment 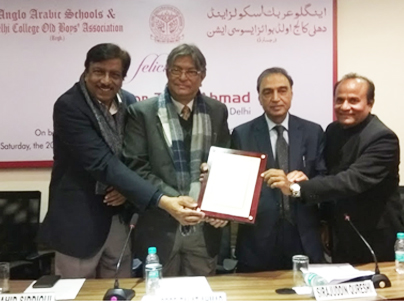 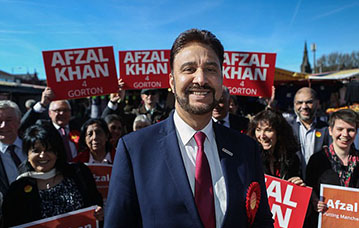