Over one lakh students received scholarship during the last quarter century.

Hyderabad: The Hyderabad Zakat and Charitable Trust (HZCT) here will be completing 25 years of yeoman service in educationally uplifting the community and carrying out associated welfare activities to sustain the momentum of education.
The impressive report card of the HZCT puts the number of beneficiaries during the last 24 years at 1,084,180 who were extended monetary assistance to the tune of Rs. 106 crore. The Trust spent around Rs. six million during the period to set up craft centres where nearly 12,500 girls were imparted training. The medical aid amounted to Rs. 1.13 crore to 12,400 persons. It helped parents of around 5,000 poor girls to conduct the marriage of their daughters. The sum spent for the purpose comes to around Rs. 11 million.
It distributed food and other material for celebration of festivals through Iftar and Zabiha schemes covering 428,818 persons. Around 500 families benefitted from its housing scheme which accounted for Rs. 36 lakh. Around 950 persons were on its pension rolls which incurred an expenditure of RS. 34 lakh.
The Trust has set up 139 schools in Rangareddy and Medak districts since 1993 which partnered with the Sarva Shiksha Abhiyan (SSA) of the Government of India. The Trust pitched in by providing teachers, uniforms, books etc. The Report says, some of the schools were later merged with existing nearby schools to consolidate the strength across the districts of Telengana. Currently, 24,000 children are studying in these schools. Around 72% of these students are said to be girls.
Spurred by the success of the scheme, the group of people behind the effort thought of going beyond the sponsorship of student. They came up with the idea of an institution for quality education. This led to setting up the Hyderabad Institute of Excellence on a 120-acre plot at Vikarabad in the outskirts of Hyderabad as an institution to groom budding leaders. It admits students at 7th std level. Thereafter the students are provided special coaching and training for various entrance tests for medical, engineering, chartered accountancy etc. During 2016-17, 16 students from this institute qualified for the Joint Entrance Examination (JEE) for various professional colleges. Two of them will be entering the prestigious IITs, two will be enrolling in the National Institute of Technology (NIT) in Warangal, three have qualified for the Delhi Institute for Architecture and Planning, five will be going to VITS, and others in other prominent institutions. The ones who cleared the IIT-JEE are Fasahat Jaleel Quadri and S. Udai Sai Phanindra.
The HZCT disbursed Rs. 5.57 crore by way of scholarships during 2016-17 and spent another Rs. 1.17 crore on 102 schools teaching 24,000 students. It also pursued welfare schemes such as installing borewells with an expenditure of Rs. 12 lakh, Rs. 25 lakh on remarriage of young widows. In an impressive ceremony, it conferred “Gem of the Nation” award on 218 students who secured 9.3 GPA with a medal and cash award.

October 14, 2019
There could not have been a better choice than Ravish Kumar for this year’s Magsaysay Award. Ravish has demonstrated exe... More
Prev Post Does Anyone Know the New Head of the NCM?
Next Post Govt. V. K. Obaidulla High School - A School Revived, An Institution Saved 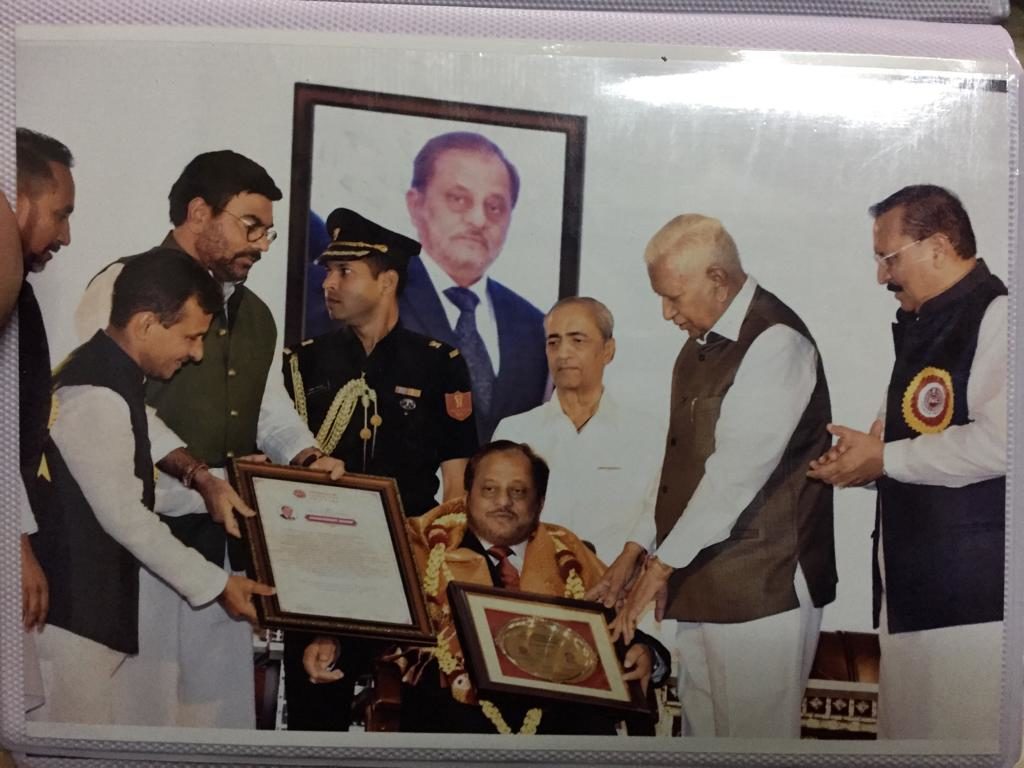