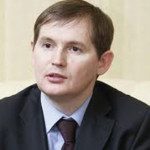 Bangalore: The Muslim Republic of Tartarstan proposes to build a Smart City near its capital Kazan, 800 kms east of Moscow. Mr. Linar Yakupov, Chairman of the Tartarstan Investment Development Agency who was in Bangalore on August 19-20, told Islamic Voice, the Smart city is coming up on 650 hectares of land three kilometers from Kazan International Airport and 15 kms from the City Centre of Kazan.
Yakupov was attending a conclave nicknamed “Bangalore: Destination for Global Investment” convened by Bangalore Realtors Association-India (BRAI), said the Master Plan for the Smart City is being developed by Malaysian Companies AJM Planning and Urban Design and Straits Consulting Engineers in partnership with a local organization Tainvestgrazhdanproekt.
He informed that Kazan Smart City will have an International business centre on 220 hectares, knowledge and education centre on 209 hectares, Special Economic Zone for high tech manufacturing on 102 hectares and green area on 100 hectare.
He said, Kazan Smart City will be a global, smart sustainable city, a centre of excellence for international business and knowledge development that will create a sustainable economic region and high quality of life.
Tatarstan, of which Kazan is capital, is an oil-rich state; 60% of its population is Muslim. According to Yakupov, it is the most investment-friendly region in Russia due to the state’s proactive political leadership to attract investors from Dubai, Singapore, China, Indonesia and other countries.
The Smart City will have a population of around 60,000 with around 50,000 residents in the city while another 10,000 will have non-permanent residence. It will create 39,000 jobs and will have 16,620 residential units.

October 14, 2019
There could not have been a better choice than Ravish Kumar for this year’s Magsaysay Award. Ravish has demonstrated exe... More
Prev Post Building Ties with Relatives
Next Post The Prophet's (Pbuh) Farewell Pilgrimage

What is a Cabinet?