This time round, the number of Muslim MLAs has come down from 86 in the previous Assembly to a mere 24. The argument that many Muslim women have voted for BJP as it had raised the issue of Triple Talaq seems to be untrue.

The UP Assembly election results of 2017 have come as a bolt to many and are a matter of deep celebration for the communal forces. While there is a slight dip in the voting percentage of BJP from 2014 general elections, the number of seats it has wrested is astounding. With close to 39 percent votes, it has cornered over 80% of assembly seats.
The wave which was created around Modi in the 2014 elections got them 31% votes and nearly 60 % of parliamentary seats. The issue that time was Acche Din, (Good Times) with Gujarat model of development in the background. The massive victory had two major pillars, one the solid corporate support and another, workers of RSS. This time also the support base remains the same, while the propaganda plank assimilated many different goal posts at the same time.

Deeper Communalization
The BJP election machine had been close to perfect, with the foundation in communal polarization. From booth level organization to co-opting the neglected caste formations all were taken care of. BJP’s alliances with small caste groups like Kurmi’s and Rajbhars have added a lot to the kitty of its electoral support.
As far as opposition is concerned, the biggest failure has been to stitch the alliances among the regional electoral forces. If we trace the history Bihar onwards, with similar situation Lalu and Nitish coming together could neutralize the steam rolling of BJP, which was in the air as the aftermath of 2014 general elections.

Caste Arithmetic
The caste arithmetic in UP has been taken over by the communal arithmetic. While caste equations and issues continue, BJP has drawn a bigger line of religion to overcome the caste based interests, aspirations and loyalties. The non-BJP parties have miserably failed to do the alliance in the right spirit. The argument is that SP and BSP have so many differences that they cannot come together. Having seen the experience of Bihar and more particularly that in the general elections of 2014, the same parties had performed miserably and the only option for them has been to stick together was lost on them.
This time around, the number of Muslim MLAs has come down from 86 in the previous Assembly to a mere 24. The argument that many Muslim women have voted for BJP as it had raised the issue of triple talaqseems to be untrue. Though the issue of triple talaq is the matter of great anguish for Muslim women, they will not vote for BJP as the memory of Muzzafarnagar violence and other acts of violence in which Muslims/Muslim women have been the major victims is very much there. This again a ‘make believe’ being constructed to add salt to the wounds.
Interestingly, BJP had not given a single seat to any Muslim this time. By not giving a single seat to any Muslim, BJP wants to say that they can win the elections without Muslim votes. In their understanding, Muslim votes have to be divided, as happened in UP. Between SP and BSP, Muslims were deeply confused, part contributing to victory of communal forces and are now deeply dejected.

The major propaganda that there is an injustice towards Hindus and only BJP can rectify that has been sold successfully. The result was the core Yadav votes went to SP, Jatav’s to BSP and most other Hindu votes gravitated to BJP. With this, the marginalization of Muslim community in electoral arena seems to be more than complete.
Development Agenda
In column after column BJP leaders are asserting that this is a victory of development agenda, Jan Dhan Yojana, Ujjawala yojna etc. Nothing can be farther from truth. This time around, the polarization along lines of religion has been deep and the propaganda of development equally strong. This is the peak of communalization of society, translated onto electoral ground. 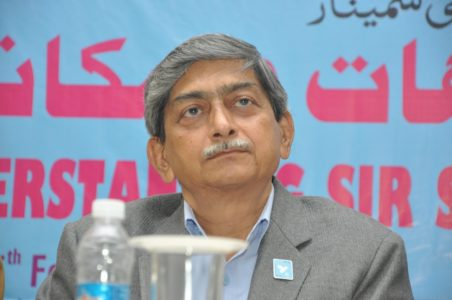