From homemakers to life coaches

Gazelle S Khan and Yasmin Mehtab, two lifelong friends, were full-time homemakers, busy taking care of their family, kids and other responsibilities to make their homes run smoothly. There was something they both aspired for but were unclear about the exact nature of what they wanted till they attended a workshop on self-management. Speaking to TwoCircles.net, Yasmin said, “It started in December 2017 when Gazelle and I participated in a workshop and witnessed a transformation in ourselves.” Gazelle says- “The workshop that we attended touched our lives and we decided to take the skills we learned to others in need to be transformed. And that is how You Touch Lives (YTL) began.”
Yasmin who came up with the idea of having the platform to help many who are even clueless about the crisis they are in, to which Gazelle readily agreed. The duo began by organising small workshops with women in places that they often hired to conduct the workshop by charging a small amount from those attending the sessions, following which they began having such sessions at schools. After having conducted several free workshops spanning over a few hours paved the way for the duo to think bigger. The success of the workshops, made them plan a two-day workshop, with women from their friend circle. With time, the number of women coming to our workshops kept increasing.
Their participants can’t help but praise their work. “I learned how to overcome our shortcomings by a little awareness of our thoughts and dealings. The whole workshop helped me to understand myself and to transform towards a better and peaceful living. Life no longer is bad for me,” says Shabana Anwar, a Kolkata-based educator. Gazelle and Yasmin plan to change many such lives in the coming days.
(Extracted from an article on twocircles.net)

February 17, 2020
December’s general election results in the U.K. set a new record for female Muslim lawmakers, in what internationa... More

February 17, 2020
Samima Khatun, the daughter of an imam from West Bengal’s East Burdwan district, has been awarded a travel grant t... More

February 17, 2020
The Shura Council of the Muslim Association of Britain has elected RaghadAltikriti as its new President. Upon her appoin... More
Prev Post Samima Khatun's Inspiring Journey
Next Post Youngest Ever Muslim Lawmaker In UK Parliament 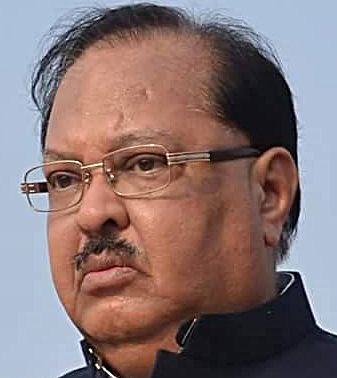 Admissions to the Special School for Mentally Challenged Children- 2018-2019