When Rainas Elias was 14, ‘Islamic State’ militants overran her Yazidi homeland in northern Iraq, kidnapped her and sold her to a fighter who repeatedly raped and tortured her before selling her to an even more brutal monster. Two years after her escape, Elias was visiting Britain recently with a choir created by young survivors of atrocities of ‘Islamic State’ terrorists.
The girls, aged 15 to 22, say the choir provides them with friendship, healing and an escape from the traumatic memories that haunt them.The choir has sung at Westminster Abbey and will perform at the Houses of Parliament and in front of Prince Charles, a longtime patron of AMAR, a charity helping with the girls’ rehabilitation in Iraq.
The estimated 400,000-strong Yazidi community in Iraq is a Kurdish minority whose faith combines elements of Christianity, Zoroastrianism and Islam. ‘Islamic State’ terrorists killed and abducted thousands of Yazidis after unleashing a 2014 assault on their Mount Sinjar heartland in what the United Nations says was genocide. Although the militants were driven out three years ago, most Yazidis still live in camps, too afraid to return.
On a boat ride down the River Thames in Britain recently, the girls gathered on the deck to take in the sights and snap selfies. In their sunglasses and high street fashions, they could have been any group of excited teenagers on their first trip abroad until they brought out a large tambourine-like daf drum and broke into song. Music is central to Yazidi religion and culture, but it has never been written down or recorded. British virtuoso violinist Michael Bochmann has been working with Yazidi musicians and AMAR to record the ancient music. Bochmann and the choir handed over the archive to Oxford University’s Bodleian Library. The project also aims to protect Yazidi music by teaching it to hundreds of young people in the camps. Although traditionally performed by men, nearly half those learning are girls and women, which Bochmann is delighted by. He said the choir was having a transformative effect. “It’s extraordinary how they’ve grown in confidence,” Bochmann told the Thomson Reuters Foundation. “The great thing about music is that it makes you live in the here and now. More than any other art form, it can make you happy in the present moment.”
For their performance, the girls donned long white and lilac dresses tied with orange sashes, and black headdresses adorned with gold. As they danced with sequined scarves or ululated during a folksong it was hard to imagine the horrors they had endured so recently. About half the 14 choir members were enslaved. Most did not want to tell their stories, but Elias was keen to speak out. “I’m not sure whether I’ll (ever) recover from what I’ve experienced,” said the teenager who spent three years in captivity. Elias was sold three times to different men after her abductors took her to Syria. The second man, a Saudi national, died while she was pregnant. She was sold with her child to a Moroccan who raped her “like a monster,” sometimes six times a day.She became pregnant twice but lost both babies, attributing the first miscarriage partly to torture. Elias’s family secured her release in 2017 for $12,000. Her sister and two brothers are among thousands of Yazidis who are still missing.
Some choir members were even younger when abducted. One girl was sold five times to ISIS rapists after being kidnapped when she was 11. Another was nine when she was taken as a domestic slave. Her tiny frame suggests how little she was given to eat.
Elias, now 19, said the international community must help rescue remaining captives and ensure the Yazidis are never persecuted again. It is a message the choir was taking to politicians and religious leaders during their trip to Britain.
(Extracted from nationalpost.com) 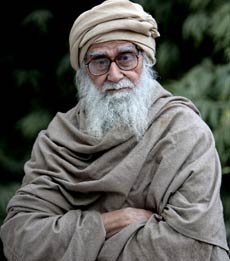 No Heaven for Terrorists